How agriculture sustainability contributes to peace and prosperity

Agriculture has been central to human civilisation and is the primary activity that has sustained the human race over millennia. It’s also an activity with an enormous footprint, causing environmental changes on the one hand, and being impacted by it on the other. Agriculture, however, needs to be practised in a sustainable way so as to meet the food and textile needs of the present without comprising the ability of the future generations to meet theirs. Exhausting our finite natural resources is not the way; farming sustainably is. And where ever this has been achieved, it has contributed to peace and prosperity in those parts of the world. This is a direct correlation.

To appreciate the value of how sustainable agriculture contributes to peace and harmony in the world, take a look at the situation in regions where agricultural growth is poor. Even today, the poorest regions in the world are the ones that lack agricultural resources. It is either a lack of resources in itself or a result of depletion of resources. Many of them are conflict zones due to the lack of opportunities and struggle over scarce resources. But the point is that it no longer needs to be this way. It is now possible to move away from traditional agricultural systems to more resource efficient methods, which today can be aided by multiple factors, including digital technologies.

The proposition is that agriculture sustainability contributes to socio-economic stability, which in turn contributes to peace and harmony. Some of the latest evidence, obtained through a multitude of analytical techniques, confirm to the continuing importance of agricultural development for poverty reduction. Some of the key findings from this evidence indicate that growth in agriculture remains more poverty reducing than growth in other sectors. On an average, growth in agriculture is two-third times more effective at reducing poverty than an equivalent amount of growth generated in other sectors. The effects on poverty reduction through agriculture are largest for the poorest in society. Furthermore, the lower the literacy rates, the stronger the progressivity in the poverty-reducing effect of agriculture over non-agricultural growth. This supports the current policy attention to agriculture in Africa and South Asia, which together house more than 80 per cent of the world’s extreme poor today. Note here that the poorest of the world make a living from farming. 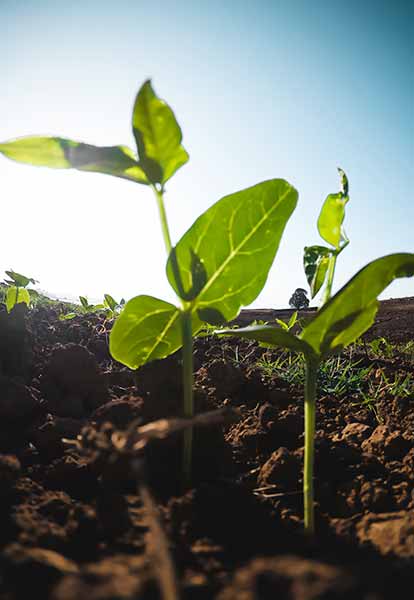 The 2010 World Development Report entitled Agriculture for Development that covered some 80 countries reveals that agricultural growth in low income countries can be 5 times as effective as growth within other sectors in terms of reducing poverty among those worst off. In sub-Saharan Africa, agriculture can be 10 times more effective than other occupations at lifting those worst off out of poverty and destitution.

Agricultural productivity also impacts migration patterns and vice-versa. Migration creates displacement and unrest, and ultimately disharmony. Studies on migration show that the largest number of migrants, about 763 million, according to latest estimates, migrates within their own countries. In Nigeria and Uganda, the internal migration is as high as 80 per cent. Most people migrate looking for ways to escape poverty and live with dignity. The other dimension is that the youth population is increasing; most of whose families are engaged in agriculture. Rural youth are more likely to migrate in search of better opportunities and fulfillment of their personal aspirations. The challenge in the next decades will be to generate enough employment to absorb this booming labour force. Hopefully, agriculture should be able to continue to provide this space.

There are three major factors impacting sustainable agriculture-climate change, environmental degradation and the broken link between farmer and buyer. Climate change affects agriculture with extreme events and rise in average temperature. Reports dated 2019 say that due to climate change, the decline in global crop production is likely to be 2%-6% by decade. Climate change as a result of increasing GHG will affect crops differently from region to region. The second factor is environmental degradation due to the indiscriminate use of chemicals and water. Natural ecosystems need to be restored. The third factor is the broken link between farmer and buyer, with too many middle men taking away chunks of the profit. For the farmer to make agriculture a sustainable activity, he needs to sell at a profit.

It’s time to intensify efforts to transform agriculture by increasing farm productivity and making efficient use of natural resources. Non-renewable resources that hurt the environment should be minimally used. Instead, the focus should be on resourceful use of the farmer’s skill and social capital. Agricultural productivity can therefore be seen as a first step or engine of growth leading to greater income for a country. 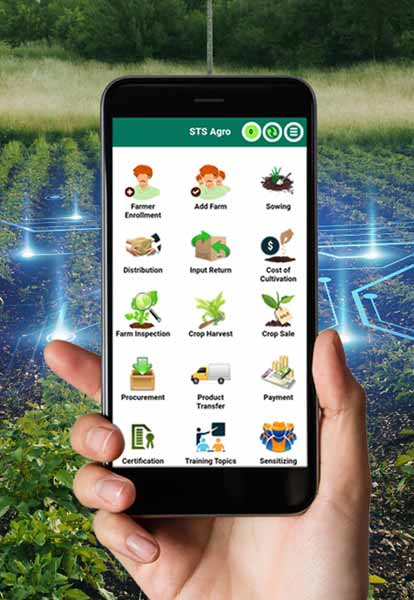 Digital technology can support sustainable agriculture through precision farming methods leading to reduction in environmental degradation and then also by helping foster sustainable farming communities. Where organic certification is possible, it has contributed to premium pricing for the produce. For example, organic oil palm farmers are receiving 10 per cent more payment for their produce. In India, organic cotton farmers are receiving Rs.5.8 more per kilo of organic cotton. This increase in income has helped keep families united instead of having to migrate in search of work. In Ivory Coast and Ghana, it has led to sustainable cocoa grower community with better standards and facilities. Having a portal for farmer cooperatives to list their produce helps potential buyers acquire it on time at the best price for both of them instead of relying on middlemen. It helps the farmer know the market price and get the best deal for his produce. It is time to harness technology to help one of the world’s first occupations that can contribute to world peace and prosperity like no other.