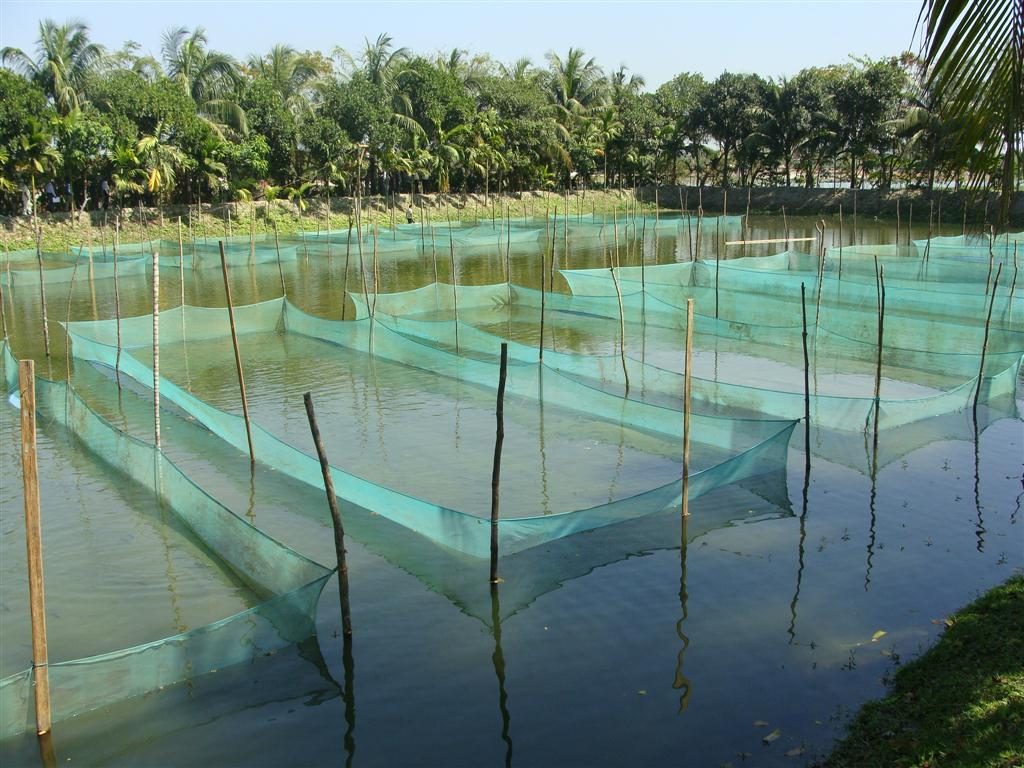 River deltas are hotspots for aquaculture.  These are landforms formed by the deposition of sediment carried by the river as it flows to the mouth of the sea, giving rise to slow-moving or stagnant water.  The brackish water and absence of strong currents provide ideal conditions for fish and crustaceans to breed, thus making it the perfect setting for fish farming.

Aquaculture, or fish farming, is the production of aquatic animals and plants under managed and partially controlled conditions.  Aquaculture production is mostly for human consumption – as food supply, and also to be traded in the domestic and international market.

Looking at the situation worldwide, the demand for seafood is on the rise – fuelled not only by the increase in population, but also by more people are eating fish as a healthy alternative.

In contrast, the supply of seafood from wild fisheries has stagnated, prompting the growth in the aquaculture sector, which is expected to fill the gap.  In this article, we look at four important deltas in the world with regard to their aquaculture systems: The Nile delta in Egypt, the Mekong Delta in Vietnam, Sunderbans in India/Bangladesh, and the Zeeland delta in the Netherlands.

Aquaculture in the Nile delta

Egypt faces a unique situation: the intense aquaculture in the Nile delta is the result of the impact of the Aswan dam.  The dam was constructed nearly a thousand kilometers upstream of the delta, and it put an end to the historically-famous and catastrophic floods that brought sediment from the Nile to the Mediterranean Sea.  In the 1960’s, the nutrient concentration dropped to such a level that sea fishery around the delta plummeted to 3 percent of the catch of previous years.  Since then, aquaculture has been practiced in various parts of the Nile delta.  Egypt has modified a series of lagoons along the northeast coast of the Nile delta for fish farming.  While this has compensated for the drop in a wild fishery, it hasn’t helped Egypt’s export market.  This is primarily because Egypt is unable to export to the European Union, as it does not comply with the European Council Directive.  Meanwhile, the country’s domestic consumption of fish has doubled, and aquaculture is expected to fill this gap between production and consumption.  There has been a rapid expansion in support activities such as local feed mills and hatcheries, which has made the sector more sophisticated and diverse. The aquaculture is practiced in different production systems in Egypt includes semi-intensive and intensive culture in ponds, tanks, intensive production in cages and traditional extensive production systems.  Globally, Egypt ranks 9th in fish farming production and is the leader among African countries.

Aquaculture in the Sunderbans

The Sunderbans is the World’s largest contiguous mangrove forest with a human population of more than one million.  Its dense mangroves are famed for biological diversity.  In recent times, the mangroves of the world are declining in both extent and biodiversity; and the Sunderbans is no exception to that.  As this delta region is conducive for aquaculture, the Sunderban Development Board (SDB) under the Government of West Bengal had already introduced the paddy cum fish culture with rainwater harvesting facilities in which two-thirds of the land is devoted to agriculture and one-third to aquaculture or water storage.  The whole of Sunderbans is characterized by a variety of fishing and aquaculture activities comprising coastal fisheries, brackish water aquaculture, and riverside prawn seed collection.  For the owners of large landholdings, shrimp farms and brackish-water paddy cum prawn, culture systems are also becoming one of the major sectors of income generation.  These brackish water fish and shrimp farms have, in the past, caused problems such as inducing salinity on the top of the soil of nearby agricultural fields.  However, socio-cultural protests during the 1990s have reversed the trend of converting open mangrove stands into shrimp ponds.  In the long term, what the Sunderbans needs is comprehensive spatial planning along with proper zonation for different types of fishing activities and mixed land use patterns for shrimp culture.

The Mekong Delta in the southern part of Vietnam covers 12 percent of the country’s total area and has a high potential for aquaculture development.  In fact, the brackish areas comprise 313,000 hectares.  The favorable environmental conditions, extensive water surface area, and the abundant fisheries resources make the Mekong Delta the most productive area of brackish and freshwater aquaculture and fisheries in Vietnam.  In fact, nearly three-fourths of the aquaculture production of Vietnam happens here.  The Government of Vietnam supports this industry and is targeting it for development by expanding aquaculture in the coastal provinces to a total of 600,000 hectares to produce a total of 600,000 tons of seafood, generating an additional 1.5 billion USD in annual exports.

A great deal of research to has been conducted in the region.  A particular feature of fish farming in the Mekong Delta is that it is often practiced in combination with rice production or animal husbandry, and has become an important means for improving the livelihoods of the impoverished farmers.  Another reason for promoting aquaculture here is because eight of the twelve provinces of the delta are flooded for two to six months; and under these conditions, inland aquaculture production is playing an important role.

Zeeland has a long tradition in saline aquaculture, located as it is in a delta with salt water nearby, making it the perfect ground for breeding of fish, crustaceans, and shellfish. Many entrepreneurs in this province have taken the lead in the cultivation of algae, seaweed, lobster and fish.  Moreover, Zeeland has a coastal laboratory, where saline cultures and concepts are worked out and tested in practice, making this a living lab for innovations.  The HZ University of Applied Sciences has also established a research group ‘Aquaculture in Delta Areas’, which supports entrepreneurs by examining and researching the questions that come up during practice.  In such teamwork, researchers, teachers, project staff, professionals and students – all collaborate.  The research is carried out both on-site and in a specially designed SEA-Lab.  Apart from doing research, the group provides training and courses in aquaculture.