Can we ever re-grow a forest? 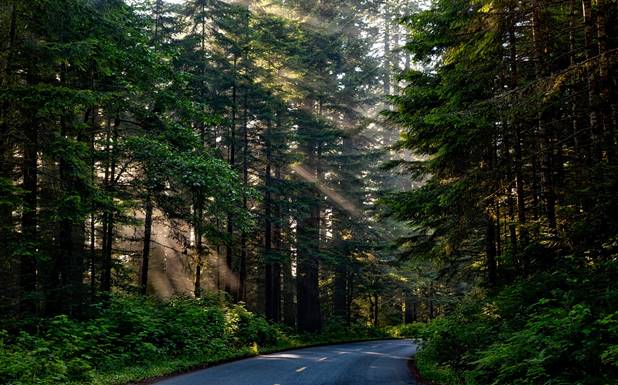 The original forests that thrived on this earth took hundreds of years to evolve and comprised a community of species. Forests are an ecosystem, in which every species is in a symbiotic relationship with another; and their function is much more that simply growing as plants and trees. They actually build dead organic matter into soils over time. While the impact of modern development resulted in rampant depletion of a vast amount of forest cover from the planet, in this article, we discuss its reverse action –‘re-forestation’ and how close we can ever get to re-growing a forest.

The importance of forestry solutions in environment and ecology cannot be underestimated – forests improve the quality of human life by soaking up pollution and dust from the air, rebuild natural habitats and ecosystems, and hedge the impact of global warming since forests absorb atmospheric carbon-di-oxide. The current rate of deforestation is 13 billion square meters of tropical forests every year. One the lines of prevention being better than cure, at level one, there is still potential in the deforestation-prone regions to reduce the rate of this deforestation by half by the year 2050. This in itself would be a huge contribution to stabilizing global climate. Other than that, many forests are used as harvest resource by the timber industry and as a resource for other non-timber forest produce. In this arrangement, trees are planted to replace the ones which have been cut. This allows the industry to plan it in such a way to make reforestation easier. In the case of Costa Rica, in just 20 years, a teak plantation can produce up to 400 m cubes of wood per hectare. Plantation-grown teak is commanding high prices these days, owing to the difficulty in obtaining teak from Asian forests. The other trees used by the wood industry are Mahagony, which are slow growing. Pine and eucalyptus are some of the faster-growing trees used by the wood industry.

The idea of rebuilding a forest thus gave way to terminologies such as ‘reforestation’ and ‘afforestation’, which are not the same. Reforestation refers to restoring or recreating areas of woodlands where forests once existed, which was depleted as some point. It also means a re-growth, as against an original forest cover. Afforestation, on the other hand, is to grow a forest where it had not formerly existed.

An issue often debated in managed reforestation is whether the new forest will have the same biodiversity as the original forest. Obviously, this does not happen if the new growth is a plantation or a monoculture of one type of tree. Even if experts in the forestry department try their best to mimic an original forest by re-growing the original species, it may not evolve into the original forest it had been. While reforestation is a great deal more than just planting trees, there is no doubt that a tree-planting program can help improve local climate. It can provide benefits such as restoration of soil, a revival of local flora and fauna, and the sequestering of 38 tons of carbon dioxide per hectare per year. That adds up to about 3 billion tons of anthropogenic carbon every year – the equivalent of 30 percent of all carbon-di-oxide emissions from fossil fuels. Also, tree planting shows better results in some climatic zones in comparison to others. In tropical climates, trees will have a quicker growth rate. Another way in which forests can be conserved is by transferring land rights to indigenous communities. Such protection exists in India’s Forest Rights Act. With increasing environmental awareness, a global initiative has been taken to regenerate lost forest hamlets across the world. Various communities and NGOs are relentlessly working towards reforestation. In a recent address on the 21st of March, 2016, earmarked as ‘International Forest Day’, the Secretary-General of the UN expressed concern about the depletion of trees and forests.

He emphasized that forests are necessary if the planet and its inhabitants are to survive. He focused on the interdependence of forest, global climate stability, and healthy living. The ‘sustainable development goals’ of the UN’ address the issue of safeguarding forests because they provide a resource for sustenance and survival. With the turn of the century, reforestation has become a global agenda. This agenda takes into account trees, woodlands and natural parks that have almost ceased to exist due to rampant deforestation.

It is in light of the climate puzzle that reforestation assumes huge proportions. When forests are planted to mimic natural forests, they can offer more ecosystem benefits than simply planting trees for the sake of it. Despite any challenge with regard to reforestation, fully committing to reforestation and ending deforestation is a crucial piece of this puzzle. While deforestation accounts for around 30 percent of the carbon emissions, reforestation helped sequester 20 percent of emissions. Just allowing a young forest to grow will help take carbon out of the atmosphere.

Another effort through which the United Nations is committed to stopping deforestation is the Reducing Emissions from Deforestation and Forest Degradation (REDD) programs, which seek to create incentives for forest management practices. Reforestation is also about certain very deliberate choices, about where forests are replanted. As the population continues to grow, and available land becomes increasingly scarce, forests will continue to compete with agriculture for land.

Some farming techniques, like agroforestry, allow farmers to grow crops and plant trees. Balancing the need for strengthening global forests might also force people to make difficult choices, like giving up meat. Deforestation in places like Brazil has been especially driven by the meat industry, which requires large clearings of land to grow animal feed or graze cattle. Thus global demand for meat has also resulted in deforestation.

As we can see, a primordial forest can never be regrown, but mimicking it to the extent possible has a multitude of benefits too.