Carbon Farming and Small Farmers: Is platform-based aggregation the answer?

The world’s population is predicted to grow to nearly 10 billion in 2050[1]. As the numbers increase, the pressure on the agricultural sector and agricultural producers increases. The responsibility for feeding the world rests with India, the second-largest manufacturer of staple food items like grains, rice, wheat, groundnuts, and fruits and vegetables worldwide.

Making up nearly 20% of the GDP total, it employs more than half its 1.4 billion residents and serves as the primary income source for almost 70% of rural households[2]. Agriculture is also a vital part of India and the primary source of carbon dioxide emissions. Growing rice alone is responsible for 11% of the total agricultural methane emissions worldwide[3]. India is the third-largest emitter of GHG (Greenhouse Gas Emissions), and 74% of its emissions can be attributed to methane derived from cultivating and livestock and an additional 17.5% of the carbon emissions from agriculture[4].

Businesses, too, are keen to offset their carbon emissions, pushing the cost of carbon credits to the sky. In the most recently released report, the spot price in the market for Australian Carbon Credit Units (ACCUs) has reached record levels of $22.40 per ton of stored CO2. This number is on the rise[5]. There are many different methods to store carbon in Australian farms and earn credits. It includes planting or preserving native trees, boosting soil’s carbon content, and reducing methane in the herd. The measurements and accounting for each are thorough to ensure that each ton of carbon sold is stored.

Agriculture as a positive force for climate change 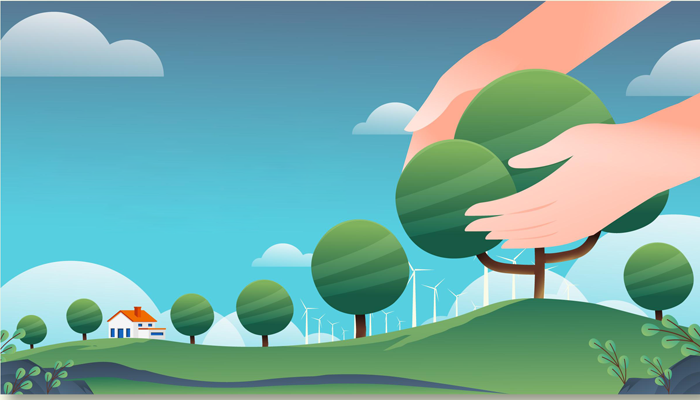 At the COP26 conference, India announced its five-fold strategy to combat climate change. Its commitments included the reduction of 1 million tons of carbon emissions, GDP’s carbon intensity by 45% till 2030, and reaching zero emissions by 2070[6]. Traditional agricultural practices can have a negative impact on the rate of carbon capture but certain practices can actually increase it. Common examples of positive agricultural practices in the context of carbon capture include enhanced hedgerows, tree planting, direct-drilling or nil till, and cover cropping. While agriculture is thought of as the chief cause of climate change, it is also an fundamental answer component. Consider soil. If managed with the appropriate techniques and technology, agriculture alone can store as much as 1.2 million tons of carbon. As a result, it could offset up to 4% of the average annual GHG emissions for the remaining part of this century.

Sequestering carbon from soils offers new possibilities for climate-friendly agriculture that yields shared benefits, including improved soils that lower the use of fertilizer and improve overall crop health, improved farmer resilience and economic prosperity, and decreased GHG emissions. Globally, 52% of farms are being destroyed or degraded[7], and it is vital to reinstate the value we place on healthy soils by implementing active interventions.

Carbon credits, which are certified emissions reductions through climate-friendly projects, are rapidly being used to promote sustainable business practices and help achieve global net-zero targets. As a result, multinational companies are attracted by the market for carbon credits, which is voluntary and estimated to be worth $1 billion by 2021[8].

Although most projects that create carbon credits are linked to reforestation and renewable energy, there is increasing awareness regarding carbon farming. These programs seek to improve the role of agriculture in climate mitigation by facilitating offset production from carbon sequestration to trade these offsets. For example, Microsoft recently committed to purchasing $2 million worth of carbon credits through an American agricultural cooperative. In addition, US Vice President Biden has proposed the creation of a “carbon bank” to pay farmers to adopt regenerative farming methods. The carbon credit system for agriculture has, up to now, been mainly restricted to large-scale farms in advanced economies, which means that farmers have access to technology, information sources, as well as mechanization and equipment.

However, the potential impacts in the developing world, which is home to thousands of millions of agriculturalists who work in small areas, are immense. Therefore, it is essential to create a simple verification and validation process for carbon credits to scale up projects quicker and promote sustainable production methods.

India has committed to net-zero carbon emission reductions by the year 2070. To achieve this, initiatives like cutting down on stubble burning, supplying agriculturalists with technology, and other practices promoting regenerative agriculture must remain the top priority. Digital connectivity and new technologies are already collaborating, and carbon credits open up opportunities for farmers who use the benefits of climate-friendly agriculture and increase their lives as a result. Although work is still needed to improve the verification of the carbon process by implementing a customized and integrated process, smallholder farmers can participate in the carbon markets that will benefit them and the environment.

What are the factors that could increase the efficiency of tiny-scale carbon-based farming?

The majority of the answers are in automation and digitalization. All the methods used to calculate carbon storage have to be performed manually, excluding the planting of trees. Carbon storage, specifically in soil, is a scientific process and practices that increase carbon storage significantly in one area may prove not effective on another farm. There are, however, ways to determine carbon storage in an automated way. Nevertheless, automation is costly, and only large companies can afford it. Therefore, automation is not helping the smaller farmer. A public software platform that could estimate carbon credit earnings – a sort of reverse-climate-footprint calculator – would significantly increase uptake.