Carbon Farming in Africa: Experience so far and opportunities ahead

Agriculture-related emissions can be reduced through a range of actions, such as increasing the input-use efficiency or using conservation agriculture to capture carbon in the soil. Other activities that can reduce emissions in agriculture include reducing emissions from farming itself. A farmer can obtain carbon credits by participating in a voluntary carbon market and fulfilling carbon-reduction requirements. Farmers reap financial rewards for using sustainable farming methods when market emitters buy their carbon credits to reduce their emissions. 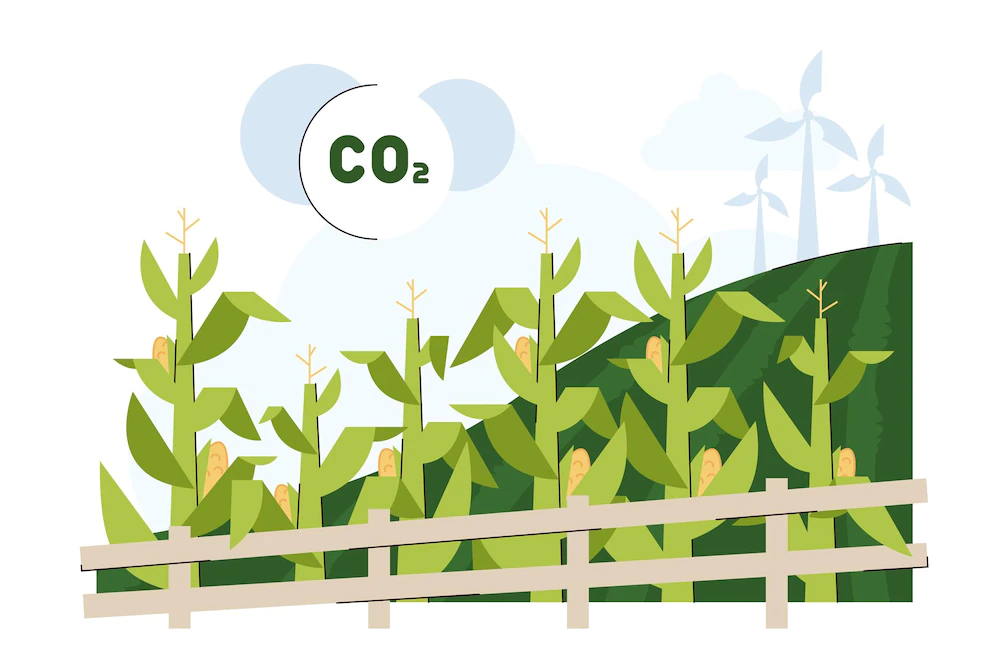 About 60,000 farmers are involved in the Kenya Agricultural Carbon Project (KACP), which spans 45,000 hectares and supports more productive, environmentally sound, and sustainable farming practices. Many farmers struggled to provide enough food for their families after land degradation. Today, various techniques are being used to improve soil’s organic matter. In the long term, this should enhance the soil’s capacity to absorb water, deliver nutrients, and support biodiversity while reducing erosion. Better soils increase agricultural output, food security, and climate change resistance.[1]

Crop yields have grown due to this effort, increasing the farmers’ income. The farmers who are also personally involved in monitoring and data gathering receive additional compensation from the project’s carbon earnings. The Sustainable Agricultural Land Management (SALM) adoption of agroforestry practices has helped to meet the demand for fuelwood and feed. Through the adoption of productivity-enhancing methods and technology that also help to reduce greenhouse gas emissions, it is anticipated that small-holder farmers in Kenya would be able to access the carbon market and receive an extra stream of carbon revenues as a result of this initiative.[1.1]

Thanks to these modified agricultural land management techniques, on January 16, 2014, the project issued its first carbon credits under the Verified Carbon Standard (VCS) for sequestering carbon in the soil. The credits reflect a 24,788 metric ton decrease in carbon dioxide emissions, which is the same as 5,164 automobiles’ annual emissions.[2]

Over three years, experience from 1,505 farmer groups indicates how carbon finance may encourage the use of SALM methods and make the carbon market accessible to smallholder farmers. According to preliminary findings, SALM can help farmers enhance their yields by up to 15% to 20%. Increased soil fertility results in productivity benefits that help offset the effects of more extreme weather patterns. SALM also aids in reducing climate change by increasing the amount of carbon the soil can store.

The World Bank’s BioCarbon Fund developed the first approach for sustainable agricultural land management (SALM) methods, which also trap carbon in soils, in response to the need to assist poor farming communities. According to the World Bank, there are currently 38 recognized techniques available to project designers. SALM is straightforward, economical, and reliable. It enables project planners to devise initiatives that raise agricultural output and foster global incentives for carbon sequestration in soils.

Carbon credits are authorizations that let the owner of companies emit one tons of carbon dioxide or comparable greenhouse gases into the atmosphere. Governments or independent verifying agencies can grant these licenses, which are also exchangeable. Carbon credits are typically given to businesses or initiatives that lessen or eliminate carbon emissions. Companies purchase these credits to offset their emissions footprint when they exceed regulatory emissions caps set by governments (where applicable). Carbon trading aims to encourage reduced emissions and finance renewable energy sources.

In the voluntary and compliance carbon credit markets, 2021 witnessed record carbon credits trading. According to data from Ecosystem Marketplace, the yearly market value of the voluntary market surpassed $1 billion for the first time, reaching an all-time high of $6.7 billion. To earn carbon credits that count toward their overall contribution to carbon reduction and help stop climate change, industries under pressure to start their journey toward carbon neutrality are likely to increase investments in carbon-offset initiatives. However, the rating agency S&P Global discovered that various variables limit the appeal of soil carbon as a credit. Despite this, Australian-owned Wilmot Cattle Co. announced in 2021 that it would sell Microsoft $500 000 of soil carbon credits as part of a historic agreement. Microsoft has committed to becoming carbon zero by 2030.[3]

The largest of the 17 carbon trading markets now operating in 45 countries, China inaugurated its first nationwide emissions trading program at the beginning of 2021. The holder of a government-issued permit can emit carbon dioxide without being penalized by the government by buying and selling those licenses (also known as carbon trading). The idea underwent small-scale tests in the United States and national rollouts in New Zealand before becoming fully global in 1997 with the signing of the Kyoto Protocol by almost 180 nations.

Although the initial plan was plagued by corruption and ultimately failed to cut emissions, the idea persisted and eventually became the cornerstone of the European Union’s effort to combat climate change. As a result, the EU’s carbon trading market was the biggest in the world until China’s national emission plan went into effect early last year. But even while Africa contributes little to reduce emissions, clean energy startups and projects struggle to make a sustainable living and are mostly absent from the world’s carbon markets.[4]