Code of Practice(COP) for Rice Crop Exports : what happens from paddy to platter? 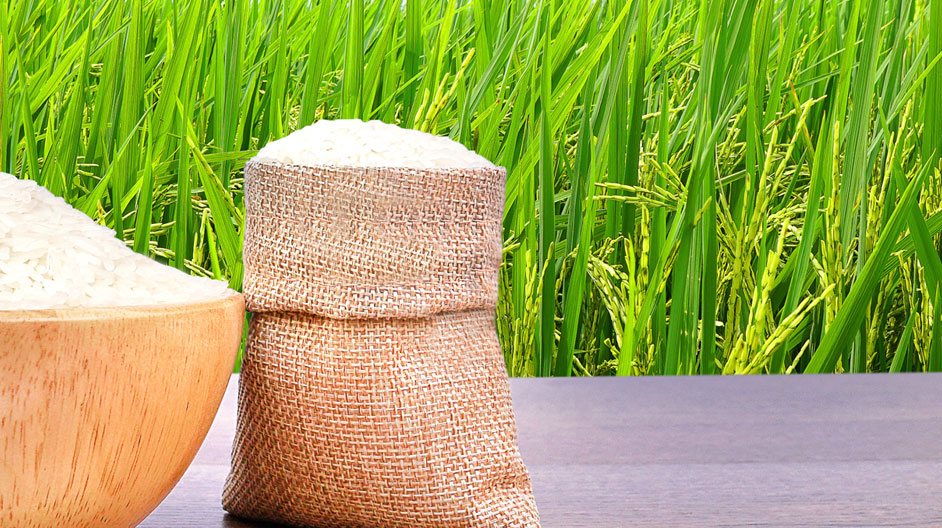 Produced in millions and millions of tons every year, rice has been a staple food globally. Albeit it is a cumbersome process to produce rice, it demands flooded fields up to several inches and produced using intensive methods that necessitate extreme labor. For feasible and economically viable rice cultivation, it requires higher day-time temperatures but cooler nights during the growing season, abundant supply of water, a uniform surface to facilitate distributed flooding and drainage, and hard-subsoil that inhibits the percolation of water.

Moreover, as rice is eaten whole, and there are countless varieties of rice preferred by people from distinct cultures, warehousing, and trading rice becomes an expensive affair compared to other commodities such as oats, wheat, to name a few.

Naturally, most rice eating countries also grow accordingly for their domestic consumption. Yet, rice is one the most traded commodities across continents. In the crop year of 2018/2019, China produced approximately 149 million MT(metric tons) of milled rice alone. Followed by India with about 117 million MT. It is the primary staple for over half the world’s population, with Asia, Sub-Saharan Africa, and South America the largest consuming regions. In 2019 alone, people worldwide consumed over about 486.62 million metric tons of rice.

The United States Department of Agriculture (USDA) quotes that there are largely four major rice varieties popular among producers and these are typically traded the most globally.

U.S also is not far behind in rice production, the four main regions that grow almost the entire rice crop include Arkansas Grand Prairie; Mississippi Delta(parts of Arkansas, Mississippi, Missouri, and Louisiana);Gulf Coast (Texas and Southwest Louisiana); and Sacramento Valley of California.

As per the USDA Baseline, Southeast Asia has been the top rice exporters for quite a while now and is a project to remain so. Thailand and Vietnam are the prime sources of rice exports because of overproduction, which means these countries’ rice production tops demand.

Over three decades, US rice imports have seen a sharp rise. Aromatic rice varieties such as Jasmine from Thailand, Basmati from India, and Pakistan are high in demand in the US, and they make up the most of the total US rice imports. Since 2015, when rice transactions amounted to roughly US$790 billion, the overall imported rice value swelled by about 37% from all the supplying countries. 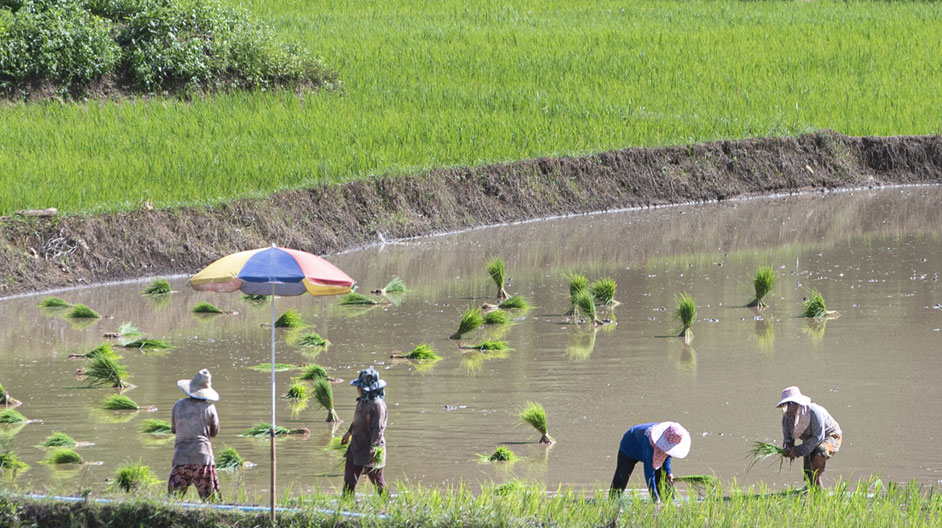 Shiny white grains, which most people consume, today, are polished rice. Harvested rough, rice is originally brown and full of nutrition stored in its outer coat. Polishing rice turns the rice to a shiny white color and takes away its natural nutrients. Compared to brown, unpolished rice, white rice has less protein, niacin, moisture, biotin, to name a few; when the rice is polished, the outer coat of the rice wanes away, taking with it most of the nutrients. The polishing process, along with gifting a radiant shine to the grains, softens them, makes them user-friendly and more digestible.

Brown rice, on other hand, is extracted from the husk, which still bears the bran and germ of rice, giving it a brownish tinge. Despite being heavy to digest and coarse in texture, it is abundant in protein, niacin that is stored in the grains outer coat.

Husk elimination is done by chiefly two methods: abrasive or frictional. About 8-10% paddy weight is shed when the separation of the bran is carried out. Further, the grains are passed through an array of a few machines that then appear whitewashed.

How Are Brands Using Agri-Tech Or Food Tech?

Since the advent of smart devices, technology has had a significant impact on agriculture. Now, with the help of Blockchain technology, it has become easier for farmers, and other producing companies to establish and manage an efficient supply chain. The technology also makes it easy for retailers or shopkeepers to track placed orders, manage inventory, estimate next order time, and as a result, reduce spoilage. 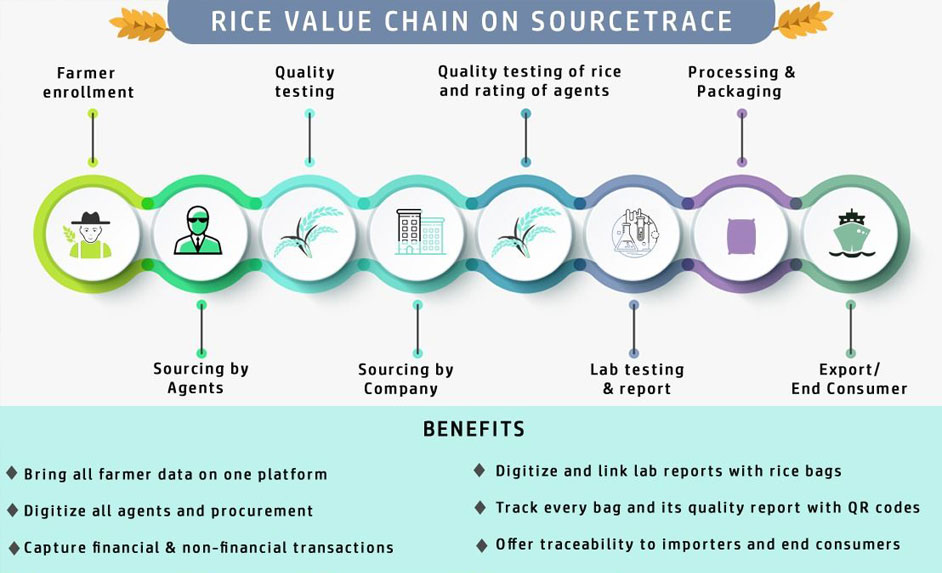 The food placed on the shelves, with the help of agricultural technologies, can be tracked to its root level by the consumers by just scanning a QR code from their smartphones. This helps consumers get valuable insights about how the food has been stored, which methods of farming are used, and how healthy is the food. Tracing food to the farms also enables consumers to discover the exact ‘best before date.’

The rice industry in India has been actively pushing the government to monitor traceability in paddy to boost exports and check rejections of overseas consignments. In 2017, in a CII round-table, opportunities and challenges in the rice industry in India and the way forward, were deliberated by Industry leading rice brands, Mill owners and also sought stronger agricultural market boards, agencies and transparency in price recovery to ensure better returns to farmers.

Clearly, the authorities are focused on clusters that produce rice, with farmers and FPO’s, check the concerns about pesticide usage and other requirements of the markets. The industry leaders and the government have begun to aid the agencies monitor traceability in paddy right from the farm to market, to ensure better returns for the paddy farmers through transparent price discovery, driving research in seed development and other farm activities.

Thailand has been an early blockchain adopter, with several government agencies launching projects to test the feasibility of distributed ledger technology. In 2019, Thailand’s Trade Policy and Strategy Office (TPSO) had announced and launched a blockchain traceability solution for agricultural products, starting with a pilot for organic rice, reported Nation Thailand.

The pilot initiative will track and trace Thailand’s jasmine rice from production to export with the objective to reduce rejections and circumvent any mixing, adulteration of high and low-quality rice by producers. Around 5,000 growers from Surin province participated in the project. The process involved cameras being installed in rice fields to ensure it’s genuinely organic. The certification of the harvested rice will be uploaded on the blockchain by the relevant department.

Undoubtedly, introducing a traceable blockchain based supply chain enables retailers, millers, farmers and brands to trace the process from cultivation, monitor where it was grown, whether it is really organic rice, while the production or packaging process can verify where it was produced.

The digital certification processes become more comprehensive, for organic produce, or non-GMO, it aids the department that serves as the inspector , while any financial institutions or payment intermediaries can provide the information on the buyer and the country of export.

These codes of practice for exports instill confidence in a country’s authentic produce, for instance organic rice, significantly minimises buyer’s rejection, checks product adulteration, and licence subrogation. This in turn increases the bargaining power of the grower and adds more value to the product, enhancing opportunities for expanding export markets.

Traceability for the rice industry can be a boon to farmers as well as manufacturers and retailers. Rice is polished and stored in silos, and to ensure proper storing, shunting, and shelving of rice, over an extended period, traceability powered by blockchain technology can go a long way. Agri-tech applications can also help in implementing newer methods for preserving the nutrient value as much as possible. Consumers picking a bag of rice can scan the smart codes to know about the saturation of the nutrients , about the places the rice has been stored, and the supply chain procedures that were followed, date of expiry and origin. Traceability, with the help of Blockchain technology, can equip mankind with a powerful tool to ensure healthy aware consumption and also reduce food spoilage significantly.