Between Sun and Shade – Coffees of the world move towards sustainability 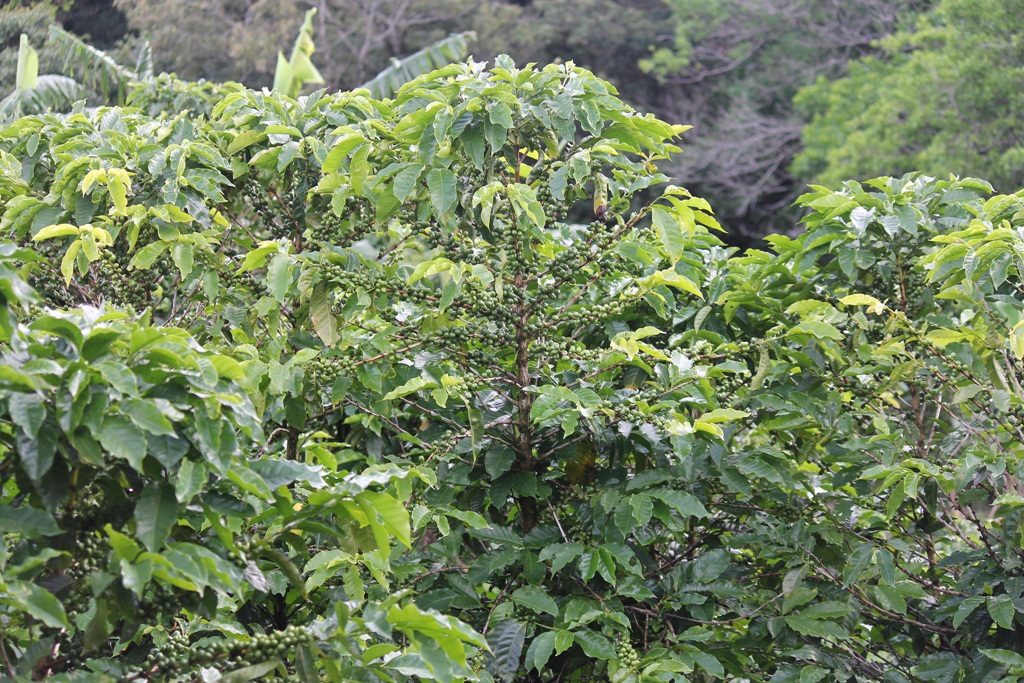 The coffee we enjoy each morning takes a long while to arrive in our cup. Three to four years is the time it takes for the coffee plant to bear the fruit or the coffee cherry that turns a bright deep red when ready for harvest. Inside this cherry is the seed, or the coffee bean, which is dried and roasted. The roasted coffee beans are used to brew the aromatic coffee that kick-starts our day.

There are 70 coffee-producer countries worldwide; and the labour of coffee farmers across them supports the world’s coffee culture. In its natural or ‘wild’ state, the coffee plant is one that grows in the shade, under a canopy of trees – within a symbiotic system that promotes natural ecological relationships. This forest-like structure is a great habitat for migratory birds, butterflies, plants and other animals, all playing a role in pest control by eating up many herbivorous insects.

In fact, experimental plantations in which these birds and mammals were removed saw an increase in pest population. Unfortunately, this is exactly what happened by the 1970’s. In the quest for higher yields, a new technique in coffee farming called ‘sun cultivation technique’ was introduced, which resulted in massive ecological losses. In Central America alone, 2.5 million acres of forests were cleared to make way for plantation coffee.

Extrapolate this to other coffee-producing countries, and the scale of the damage unleashed by the coffee industry becomes clear. A remarkable amount of bio-diversity was lost, and such a monoculture coffee farming demanded the addition of fertilizers too.

It took a span of three to four decades for a change in approach to come around, owing to two prime factors that affect coffee production. The first is climate change, which would render large tracts of land too hot and thus unviable for coffee farming. Unfortunately, it’s the smallholder farmers who will be most affected by this factor. The coffee industry needs to adapt to reduce its contribution to greenhouse gases, mainly by first halting deforestation.

By itself, coffee farming is an important contributor to carbon sequestration, i.e., the capacity of the plant to store carbon on a long term basis so as to reduce the formation of carbon di-oxide and other forms of carbon that would defer global warming. And so it is something to be promoted.

The second factor that ushered in a change of approach is consumer awareness. Consumers today want coffee that uses environmentally sensitive methods. Fortunately, international agreements have been forged to back this up. The International Coffee Agreement of 2007, for example, encourages its member coffee-growing countries to develop a sustainable coffee sector – economically and socially (through rural employment) and environmentally (through re-promoting shade-grown coffee).

Although this return to sustainably grown coffee requires some monetary investment, it will hopefully come through once the coffee farmers’ cooperatives are convinced that their produce will find a ready market.

The signs are clear that coffee production has enough potential to become the world’s first 100% sustainably grown crop.