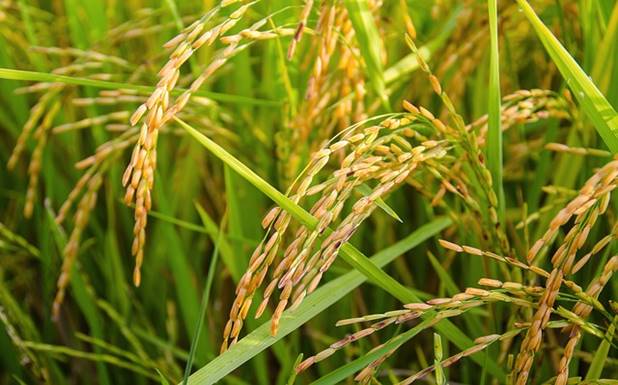 S.R. Srinivasamurthy, a farmer from the Narsipur Taluk of Karnataka, embarked on a tour of the country in a bid to collect different species of rice in order to build a seed bank. His exploratory journey seeking such rare rice varieties took him all the way to V aranasi in Uttar Pradesh, Bihar, Maharashtra and Kerala. Across these states, he procured 350 varieties of rice, (many of these with medicinal properties) and planted them in his 1.5-acre plot. Many of such initiatives in conserving our indigenous rice varieties have been possible because of the passion of individual farmers. Fortunately for Srinivasamurthy, his work did bring him commercial success; and his seeds are sought after by other farmers too. But why should we conserve indigenous rice varieties; and what have farmers like him achieved for our communities?

Before moving, on let’s consider some facts: In Bangladesh, around 7000 rice varieties were replaced by modern high yielding varieties (HYVs), out of which only 400 now survive, and that too on marginal farms. The same is the case with China, Japan and other South East Asian Countries, where local varieties have drastically declined, because of the shift to monoculture and modern varieties since the 1970s. When thousands of such rice ‘landraces’ disappear, we lose folk knowledge about the properties of specific varieties; it destroys traditional agricultural systems and even upsets food cultures.

In India, the Green Revolution introduced HYVs that were feasible only on irrigated lowland farms. At that time (1970’s) it was what all agricultural institutions and development agencies promoted – the new ‘miracle varieties’ and irrigation technologies. During the same period, rice varieties suited to upland and deep-water paddy farms stared disappearing. Another negative fall-out of such an irrigated method was the rapid depletion of groundwater. Moreover, the farmer becomes viciously tied to dependence on external supply of seeds and inputs.

Coupled with the increasing costs of agrochemicals and machinery, he is either compelled to sell his land and migrate to cities as a development refugee, or commit suicide, which India has seen enough of. It is precisely such a scenario that farmers like Srinivasamurthy are redeeming, by creating his little bio-diversity hotspot. This way, in many scattered pockets, conservation of indigenous rice varieties started becoming a silent movement. Let’s look at cases from different parts of India.

Assam/Northeast India: Assam is traditionally a rice-growing area, and the variation in micro-climate across the state has resulted in the evolution of a large number of indigenous rice varieties not found anywhere else in the world. The good news, as revealed by a study, has been that marketing prospects for these varieties are good and the farmers can earn additional income if they grow it. And though a belated move, the Government proposes to apply for registration under Geographical Indication (G.I.) for select varieties. Northeast India is also famed for its black rice, a sticky variety of rice that researchers have only recently begun to study.

This rice has nutritional and medicinal value due to its anti-carcinogenic properties, and its bran that soothes inflammation due to allergies, asthma and other diseases. In Manipur this rice is commonly eaten for its medicinal value.

Kerala: In Kerala, it was found that traditional rice varieties were vanishing, with as many as 55 varieties of paddy seeds getting extinct in the Wayanad district of Kerala in the Western Ghats. There was a time when nearly 160 varieties of paddy were grown. This came to light through a study conducted by the Kerala State Biodiversity Board, as part of its preparation of the People’s Biodiversity Register (PBR) in the year 2002. It was also discovered that there were about 25-30 varieties cultivated in a single panchayat, which means it could plunge into extinction if not actively conserved.

The main reluctance of farmers to go back to traditional indigenous varieties had been due to its comparatively lower yields; but the Government is providing the farmers with incentives. One tribal farmer expresses his satisfaction over the fact that the rice varieties they have conserved for the past hundred years is now gaining popularity among the farming communities of Kerala, and that their farmers are getting a premium price for their produce.

Uttar Pradesh/Uttarakhand: In Nainital district, around the 1960’s and 70’s, a great hope emerged during the green revolution, when the HYV seed variety called Pant-4 became available. While several farmers had started growing them as recommended, the very high demands of irrigation as well as chemical fertilizers for this rice HYV were proving a problem, especially in drought years. The situation got worse because the lines of Eucalyptus planted on the bunds sucked up ground water by up to five meters. And this was the region that was once famed for its water abundance. Yet, the far sightedness of one farmer, Inder Singh, saved the situation.

Inder Singh had continued to preserve several traditional varieties having different traits with regard to disease and pest resistance, and climate tolerance. So when the HYVs ran into problems in another round of drought, the farmers could get seeds from Inder Singh. Success lay also in the fact that the yields of these increased to a peak of 32 quintals per acre, while Pant-4 stagnated at 20 quintals per acre, and was also completely destroyed where irrigation could not be arranged.

Besides these individual stories, there are also several institutional and governmental initiatives that are working towards conservation of indigenous rice varieties. These include the State Seed Testing Laboratory (SSTL) in Bhubaneshwar, Central Rice Research Institute (CRRI) in Cuttak, Odisha and Indian Council for Agricultural Research (ICAR), New Delhi. Their objective is to culture them, preserve them and come out with high-yielding varieties. CRRI has now gathered nearly 30,000 indigenous varieties, including 5,000 from Odisha itself. They are being preserved by keeping them at low temperatures of 4°C and a relative humidity of 30 per cent. Scientists genetically cleanse indigenous varieties of their weak and vulnerable characteristics to boost their protective potential and resistance capacity.

Conservation has also led to international shipments. For example, 5000 rice varieties from the Northeastern states of India were shipped to the International Rice Research Institute in Philippines in 1965. Out of this, none of the varieties from Assam exists there anymore. In West Bengal too, over 5500 varieties were recorded to have existed until 1970s, out of which, again 3500 varieties were shipped to IRRI for preservation. We live in a reality where climate change is here to stay – and it means long spells of drought, increased frequency of storms and floods, late rains and soil salination, all of which will severely affect food production. So it is these local, hardy rice varieties that will finally come to our rescue. Until now, the hurdles in the production of traditional varieties were lower yield and lack of an exclusive market. But we now have evidence that these patterns are shifting…