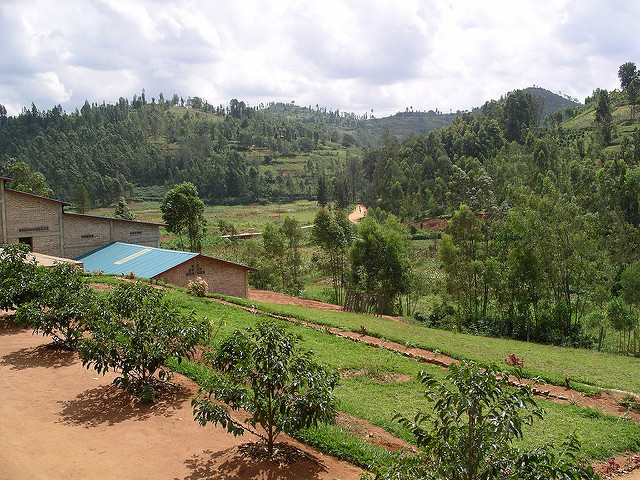 Costa Rica and its coffee are synonymous

Imagine a cup of coffee and its rich aroma wafting up – and Costa Rican coffee most likely figures on top of our minds. Coffee in Costa Rica is like everyday life, and it naturally culminates into great value for the country’s socio-economic and environmental system. Costa Rica’s geography of volcanic lands with its nitrate-rich soil is a haven for the coffee plant, and it is no wonder that coffee farming is so integral to its history and identity.

Traditionally, the coffee plant is shade-loving, with most varieties being intolerant of direct sunlight. The tree canopy acts not just as a cover, but mulches the soil with their fallen leaves. An ecosystem developed this way is also a great habitat for birds and insects, which in turn act as a means of natural pest control. But all this changed in the 1970’s with the rising demand for global coffee, and the quest for higher yields giving rise to the ‘sun cultivation technique’.

The clearing of rain forests resulted in massive ecological losses; and in a span of three to four decades, we have come face-to-face with the potentially devastating effects of climate change. In fact, coffee plantation themselves came to be at the receiving end of this change, with large tracts of land turning too hot and unviable for coffee farming.

The need to make a U turn before reaching the tipping point is urgent. In order to prevent the earth’s temperature from rising more than 2 degrees by 2020, global CO2 emissions should not exceed 44 billion metric tons a year. Ironically, even though 80 per cent of the greenhouse gases are generated by wealthy countries, 67 per cent of the potential for reducing greenhouse gases lies with developing countries. And countries like Costa Rica, which contributes only 0.016 per cent to global emissions (out of which only 9 per cent come from coffee plantations), is showing the way. Its coffee plantations have turned into laboratories for research on agricultural processes that deal with climate change. Once these practices become established here, they can be emulated by larger economies.

To turn coffee farming into a sustainable enterprise, Costa Rica has taken action at multiple levels, right from the return to organic farming methods and in terms of interventions in optimal use of resources. Let’s look at some of them.

The return to shade-grown coffee: At level one, Costa Rica is going back to farming shade-grown coffee. Sixty five per cent of its coffee is currently shade-grown, generating about 50,000 tons of carbon di-oxide annually, according to the data from the National Emissions Inventory. Contrast this with the remaining 35 per cent which is sun-cultivated, which generates 84,000 tons in a year. The statistics clearly show that reforesting coffee plantations can further reduce emissions by 30 per cent. This happens because tree canopies reduce emissions and increase biomass that prevents erosion, while also reducing the need to use fertilizers. An added benefit is that shade lowers the temperature in the plantation, and it eliminates the need to move crops to higher altitudes.

Reducing electricity consumption: It’s not just in the plantations that carbon emissions are generated, but also in the mills where a large amount of electricity is consumed, exposed as it is to thousands of tons of coffee residues during harvest season. To combat this, the mills are learning to use coffee pulp to generate the electricity that they consume.

Fertilizers: Organic coffee farming encourages sustainability through the rich array of wildlife that it supports. As the coffee beans mature more slowly in the shade, natural sugars increase and enhance the flavor of coffee. Next to tobacco, coffee is the plant that is sprayed with most chemicals. Shade-grown coffee requires little or no chemical fertilizers. Research on the use of nitrogenous fertilizers through constant soil analysis determines the right doses and formulae that will produce the least amount of emissions.

Water usage: Since 1990, the coffee sector in Costa Rica has voluntary reduced water usage by 90 per cent by installing processing plants for waste water treatment.

Initiatives in achieving carbon neutrality by 2021

Because coffee is so fundamental to Costa Rica’s economy and environment, it is backed up by a reliable research system by way of the ICAFE, or Costa Rica Coffee Institute, which plays a vital role in intensive research and development on coffee. In 1977, ICAFE created the Coffee Research Center, CICAFE, a 12-hectare experimental station dedicated to the research, development and transfer of knowledge to the national coffee sector through six regional offices. The institute collaborates with producers, and sends out publications, holds training programs on the latest techniques.

The country has also established a number of NAMAs (Nationally Appropriate Mitigation Actions) to tackle climate change and find a path towards low carbon development. Known as NAMA café, it is the first collaboration between public, private, financial and academic sectors. It aims to reduce GHG emissions and improve resource use efficiency at the level of both coffee plantations and coffee mills. These actions will create the first low emission coffee worldwide and give Costa Rican coffee producers access to new markets. NAMA establishes protocol that helps reduce a country’s emissions in ways that can be measured, reported and verified. Costa Rican coffee has the privilege of being the first NAMA in the agricultural world, properly registered in the United Nations Framework Convention on Climate Change. This carries forward a great history of having produced socially responsible coffee with climate-friendly practices for the last 200 years.

The objectives of the Costa Rican coffee’s NAMA are ambitious, with a plan to cover 25,000 hectares (27 per cent of its land) under such coffee plantations within a span of five years. Six thousand coffee growers and 50 mills will be helped to implement at least two of these newly developed technologies to reduce emissions. Costa Rica’s coffee sector is interested in the entire chain from farm to coffee cup, which aims at becoming carbon-neutral one day. This decision could have a big impact if buyers and toasters from around the world support this initiative and promote the idea of environmentally responsible coffee. The message is that stopping climate change from growing and changing the course of history is a collaborative effort.

A bit of responsibility for us, the consumers

How can we coffee lovers know if the beans we drink come from farms that are environmentally friendly and socially responsible? How can we reward farmers that are trying to grow a great tasting coffee while protecting wildlife and environment? The only way is to seek out credible labels such as Rainforest Alliance Certified, which guarantees that farms are on the path toward true sustainability, and qualified organic labels. Shade-grown coffee and certified sustainable coffee is rapidly gaining popularity, because it is a produce that anyone and everyone can support, because of its excellent quality and taste. Savouring a cup of certified sustainable coffee can improve livelihoods for farm families and conserve wildlife and tropical ecosystems – a rare “win-win” opportunity. The international coffee agreement of 2007 encourages member coffee growing countries to develop sustainable coffee sector, both economically and socially. Coffee is showing signs of becoming the first 100 per cent sustainably grown crop. We only need to turn our eyes towards Costa Rica to see it take shape.