The Smallholder Farmer and Data-Driven agriculture 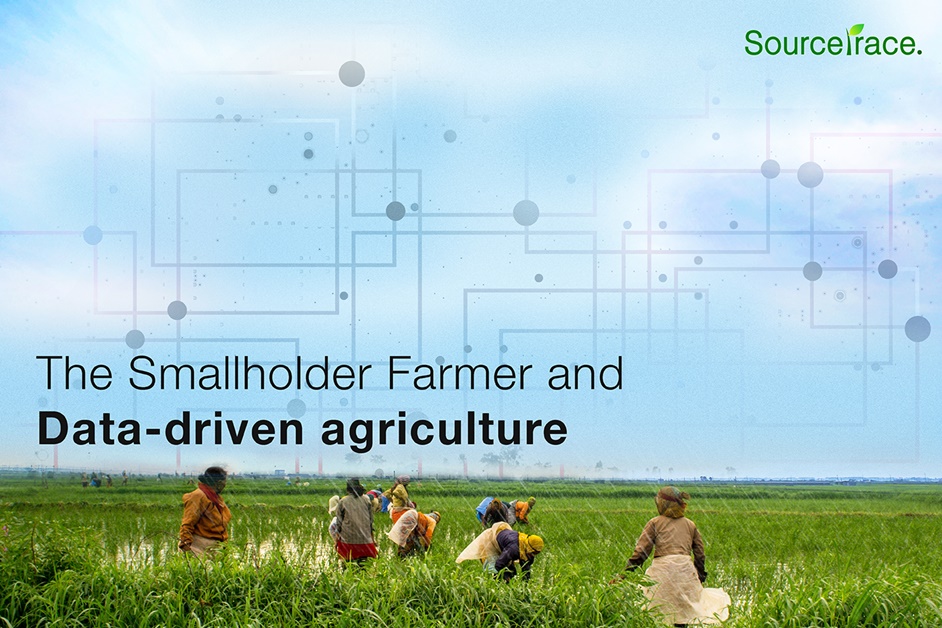 The entire buzz about data-driven agriculture at times brings our attention back to the smallholder farmer, whose communities have been engaged in agriculture over generations, and who produce the majority of the world’s food.  Where does he fit in the new scheme of things, in which data generation and use are only increasing?   It’s possible that the smallholder farmer will find his place, but its as much about making it happen.

Who is the smallholder farmer?

Smallholder farmers have always been vital to the world’s economy.  They are the marginal and sub-marginal farm households who own and cultivate on less than two hectares of land.  There are about 500 million such smallholder farmers worldwide, and more than 2 billion people depend on them for livelihoods.  It’s these farmers who produce 80% of the food consumed in Asia and sub-Saharan Africa.

In the past decades, a lot of research has gone into the study of agrarian systems, and these have revealed two important, consistent findings.  The first is that all farmers need to be treated as entrepreneurs, no matter what scale they work on.  The second is that there needs to be efficient and systematic linkage from farm to market in order for the farmer to be in a comfortable and profitable situation. Both of these – the idea of being entrepreneurial and the idea of creating linkages, can greatly benefit from data-driven farming, and it is interesting to see how they are coming together.

Origin and types of data

The concept and practice of data-driven agriculture emerged from the need to participate in globally competitive and market-oriented systems of agriculture.

Data-driven agriculture is the system of using big data to supplement on-farm precision agriculture – using the right farm data, at the right time and in the right formats to make better decisions.

While it is difficult to reach farmers at an individual level, the best way to help farmers use data is through an aggregation of farmers, through a cooperative, or through a nodal agency.  There’s a lot that smallholder farmers can gain from data – even small improvements in their operations can increase yields and profitability.  Especially in countries where the entire agricultural systems are dependent on such smallholders, their adoption of this technology can actually transform agri-food systems.  Enabling their adoption by smallholders include also developing appropriate policies and related institutions and structures, providing incentives to farmers, support systems, and the necessary infrastructure and connectivity.  Also, groups who represent smallholders and producers more generally – associations, federations, co-operatives, and social enterprises must take up these issues and build their own, and their members’ capacities to be equipped to manage these systems.

There is no doubt that data-driven agriculture offers a lot of opportunities for the agriculture sector, but it is not a panacea.  Like all technologies, it can tend to further marginalize an already marginalized group.  This especially holds true for developing countries.  The thing to ensure is that such farmer groups must first gain access to relevant data, and the second, ensure that any data generated on their farm and shared is not used to weaken their positions in any way.

Uses of data on the farm

Data is used for various purposes in agri-food systems.  For farmers, it can be used to make decisions of what to produce, where to produce and when to produce on the farm.  Making such decisions requires the support of localized data from the farm, such as soil, and imported data from outside the farm, such as weather data, market data.  The second use of data for farmers is monitoring and assessing how the crop is growing, and whether the required resources are available.  Gathering this kind of data requires a higher-level use of technology like sensors.  For example, soil data from sensors, when combined with weather data, can help with decisions on what actions to take.

So, one of the most promising areas in which to apply data-driven agriculture is in increasing productivity in developing countries.  Access to the internet and cell phone helps take advantage of these technologies, and fortunately, the access to these are improving.