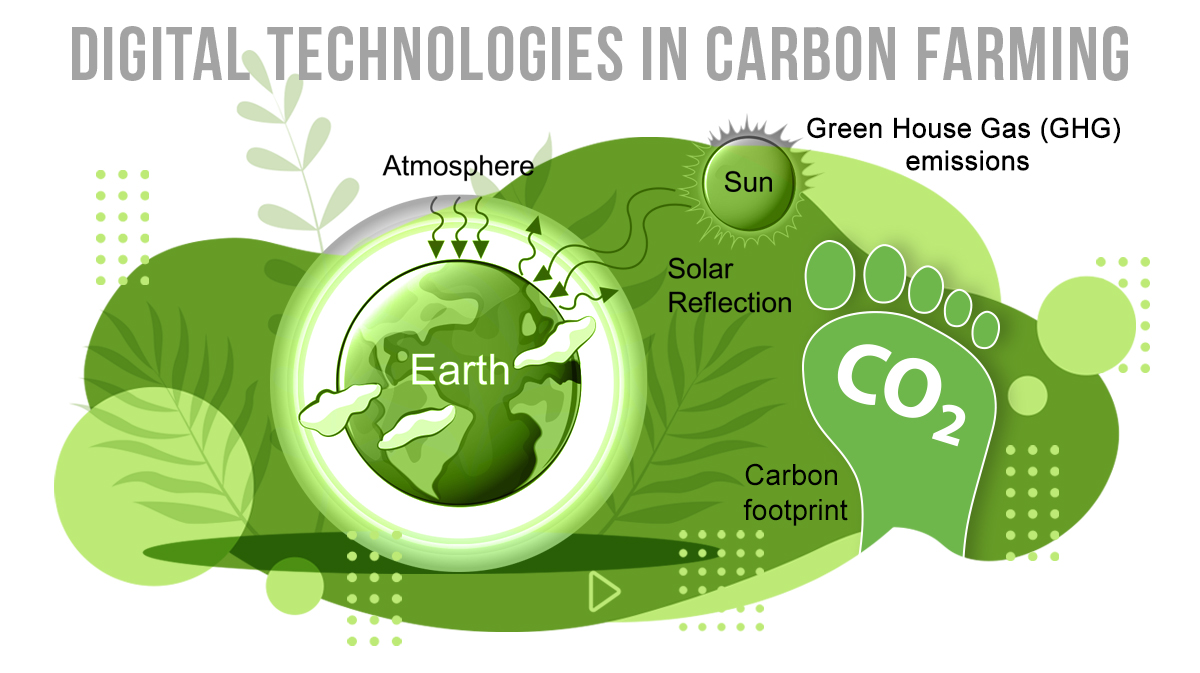 The constant demand for resources from an ever-growing population is placing enormous pressure on the biodiversity of our planet, threatening our future well-being and, ultimately, raising temperatures. The issue of climate change is still one of the most significant problems facing the world at present.

In a way, agriculture, our primary source of food, and by extension, life, is among the worst culprits, releasing up to one-quarter of the world’s annual Green House Gas (GHG) emissions. However, agriculture only contributes three percent to the world’s Gross Domestic Product (GDP), which suggests that agriculture is highly GHG heavy.

Agriculture’s climate implications are notable and evident with significant consequences for the global climate. The primary sources of Green House Gas (GHG) emissions are land clearing and tilling, livestock breeding, and fossil fuel usage for inputs and farm equipment like fertilizers.

With such staggering figures and a projected global population to reach 9 billion in 2050, we are unlikely to experience a shift in the way we live our lives in the midst of eking more energy from our planet. Not unless an attempt is made to save the last of our world and repair the damage already done.

The biggest challenge for adaptation to climate change and mitigation of agricultural emissions is to produce more food at a higher efficiency in variable conditions for cultivation while simultaneously realizing significant reductions of GHG emissions through food production and distribution.

Every year farmers who employ regenerative agriculture prove the advantages of sustainable farming practices. The indicators of improvement include improved soil health, savings on the use of fuel and other sources, and enhanced water quality. It is particularly crucial in light of the challenges facing humanity due to climate change is carbon sequestration. Plants are the natural method of capturing carbon dioxide out of the atmosphere and storing it in soil, provided that the soil is left unaffected.

While more farmers adopt regenerative practices, the technology-based footprint of agricultural land continues to grow. For instance, Syngenta Group’s digital solutions are currently being utilized to manage more than 125 million acres of agricultural land throughout Europe, the U.S., Brazil, China, and Eastern Europe.

Some of the tools in the growing technology-based agriculture are:

• Computer-aided field scouting as well as aerial images to maximize the management of fields zone by zone and evaluate the health of crops.

These and other technology options allow for more precision across all aspects of farming.

Changes in the weather

Carbon emissions generated by fossil fuels have substantially increased since the year 1900. Since the year 1970, the CO2 emissions have increased by around 90 percent in the fossil fuel combustion as well as industrial processes accounting for 78 percent of the greenhouse gas emissions rise between 1970 and 2011. Deforestation, agriculture, and other changes to land use are the second largest contributors. 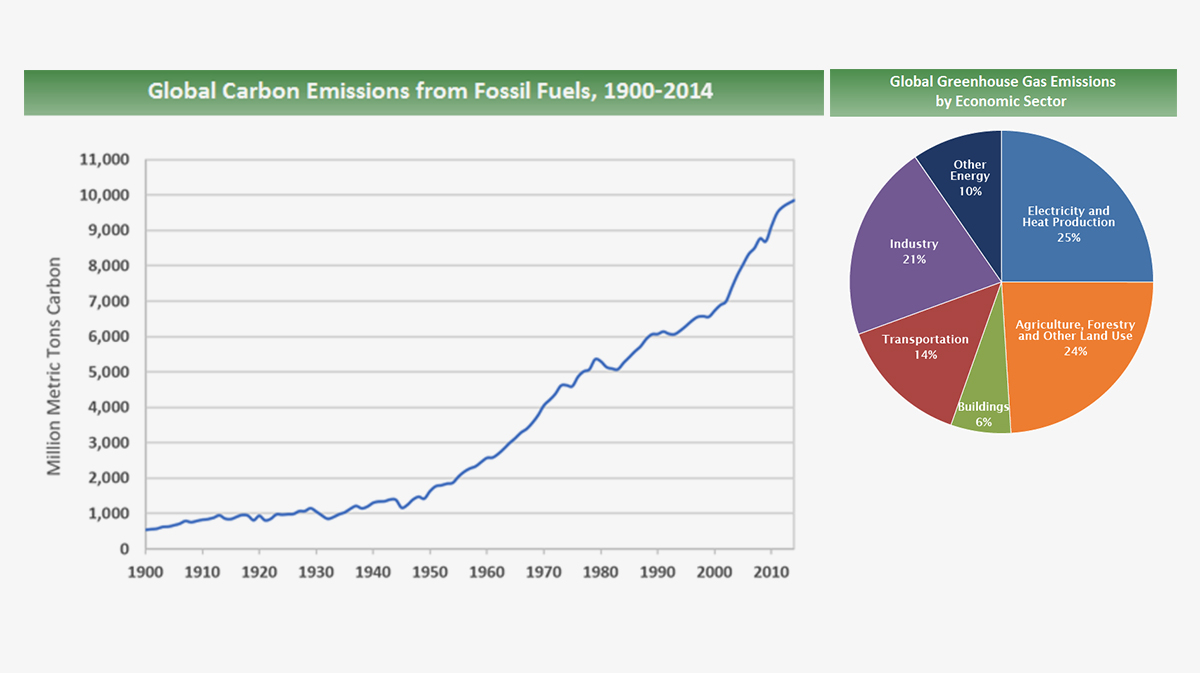 In the agriculture sector, weather conditions are especially devastating as they trigger more frequent droughts and floods which have a disastrous effect on farmers. The good news is that two years ago, in Bonn, world governments have finally realized for the first time in history that agriculture plays an essential role in the changing climate. After a string of heated late-night talks and many years of deadlock and division, government representatives at COP 23 (2017 United Nations Climate Change Conference) agreed on the relationship between industrialized agriculture and the warming climate.

The world’s top climate scientists have found that the way we cultivate and utilize the land (whether in forestry, food production, or for other forms of uses of the land) is responsible for around one-quarter of the world’s greenhouse emissions[4]. If we add emissions caused by the transport, processing, storage, cooling, and disposal of food we consume, this figure climbs to over 40 percent, which is a staggering amount for the way we grow and eat.[5]

With the world’s population expected to increase between 7.3 billion 9.7 billion by 2050, the world’s governments face a daunting issue – how to provide for the future without putting the planet at risk and straining on its already stressed oceans and soils? There are high chances that technology has the potential to help us get there.[6]

Agriculture technology, also known as Agtech methods such as precision agriculture pest-resistant and drought-resistant seeds, mobile phones, and digital platforms for technology are ideal solutions. They can boost farmers’ profitability by reducing costs, improving yields, and benefiting consumers around the globe. But further technological advancement is required. Fortunately, some of the companies are at the forefront of technological advancement in Agtech.

The way we farm is crucial. Apart from record-breaking temperatures, super-typhoons, and drought, technology-based farming will help build smarter agriculture systems. The growing demand for food requires radical changes in agriculture and cultivating the land. Implementing cutting-edge agricultural technology that can improve yields while reducing greenhouse gas emissions is a vital step. If we are to ensure that agriculture continues to supply the world with food and provide food for the world, we must allow technology to design the farms of the next generation.