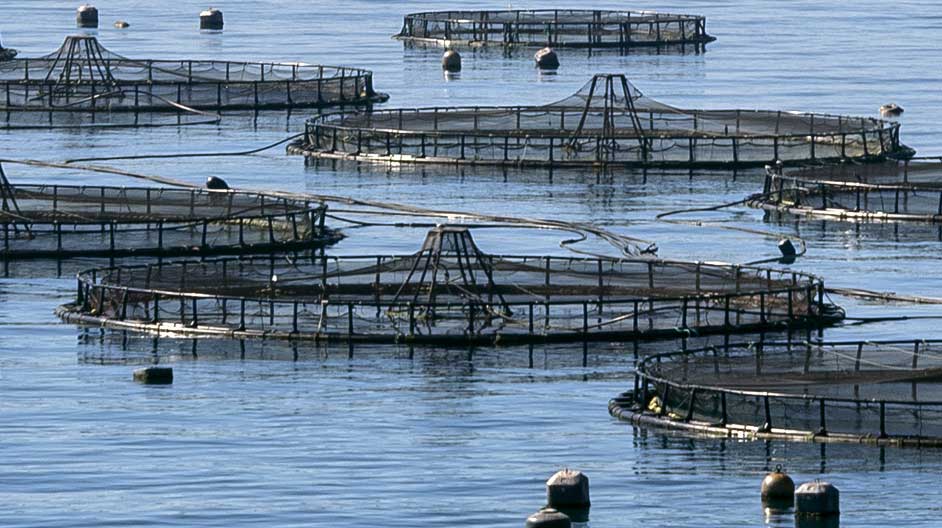 GCC has been a major importer of food

The GCC (Gulf Cooperation Council), with its population booming, has many new opportunities knocking on the door. Few vegetables including tomatoes, cabbages, eggplant, squash and cauliflower and dates, citrus and mangoes are grown in Ras al-Khaimah and other GCC countries. Prawns and fish are raised in fish farms but still heavily relies on imported and canned foods as the domestic needs are not met. Moreover, a lot of cereals and pulses are imported by the GCC countries.

Sugarcane, cereals, meat, tobacco are some of the many products imported by major GCC countries such as Saudi Arabia, UAE, accounting for more than 80% of total GCC food imports. Despite the COVID-19 pandemic, the imports are far from curtailing and are expected to rise.

Boasting skylines, sprawling highways, and lush public parks, the GCC countries are yet to find a solution for their agricultural needs. This can be attributed to hot temperature, low rainfall, lack of fertile soil, water scarcity, among others. The environment in these countries is extremely dry and parched and most vulnerable to saline oils and climate change. This gives rise to the need of importing food from foreign countries.

1. Recently in August 2020, Dubai Multi Commodities Centre(DMCC) platform – Agriota, a trading platform with India’s CropData Technology has been set up to enable easy trade in spices and condiments, fruits and vegetables, pulses among other things to boost food imports with India.

2. Parallelly, the authorities are working upon schemes to leverage agriculture technology in order to improve domestic food growth and cut down the dependency on other countries. The UAE has passed a new mandatory Biotech Labeling law, in October 2020, to regulate the import, export, transit, manufacturing of agricultural products, however the date of enforcement is yet to be announced.

3. Travel restrictions have severely hit the F&B sector, the restaurant business comprising a majority stake at about 30% of the GCC’s economy, out of which 20% accounts to tourism. The sector is in flux with disrupted supply chains but is struggling to make a breakthrough in the ecommerce sector, the scope of which looks bright in the coming days.

Existing Challenges for the food value chain in the Gulf

Besides food growth shortage, like any other country, food waste continues to remain one of the biggest challenges in GCC countries. It is estimated that about 34% of food is wasted every year in various GCC nations. This happens mostly due to unorganized market chains, lacking infrastructure, loose policies and regulations, poor farming methods, outdated technologies, to name a few.

Lack of arable land and natural water for irrigation continue to impede their domestic agriculture and produce. Labour is highly expensive particularly for farming. Hydroponics in cultivation is excessively being promoted for more than obvious reasons. While authorities are also looking towards indoor vertical farming, drone irrigation for palms, and more agri-technology led interventions are becoming frequent and all these efforts are towards making these countries self-reliant, although there is a long way to become sustainable. Imported foods, meats, vegetables will continue to be one major part of their economies. 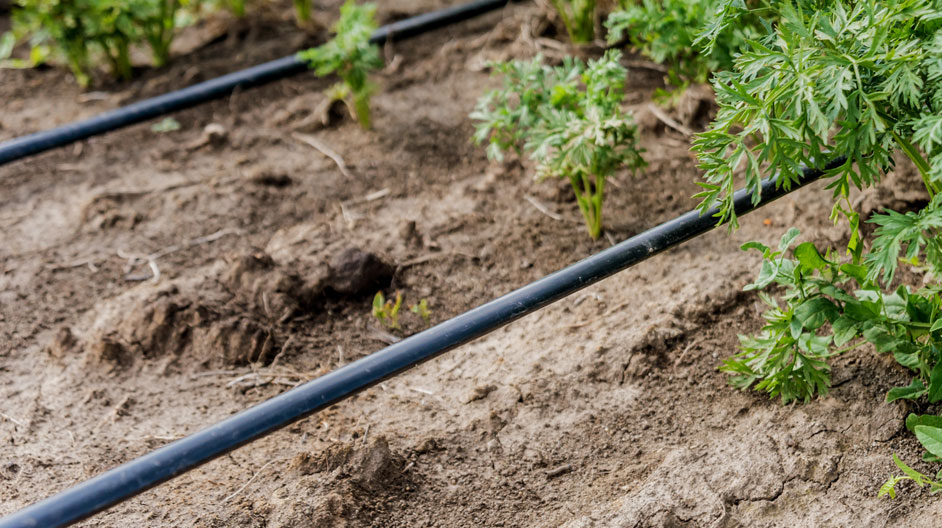 Current Use of Technology in food and supply chain

The food and supply chain in GCC countries face many challenges. To begin with, it is mostly outdated and traditional methods are being used at almost every step of the supply chain. The uncertainties reign over the areas of price, supply and demand, food storage, food labelling, to name a few. Retail, among the other factors of the supply chain, needs a complete revamp; it is fragmented and awaits a gradual consolidation.

There is a dire need for retailers to adopt strategies that are unorthodox, and exclusive to adjust to and complete with modern brands that are entering the market, making it more competitive. Implementation of technologies like smart labels, active food tracking in the supply chain, traceability enablers that can help active data synchronization and quality control can enhance the food supply chain to a great deal.

Case of Hydroponics for farming

With advancements in technology, farming, too, has taken a modern twist. To suffice the growing populations’ food demands, Farmers in GCC countries are now exploring cheaper and more efficient ways of growing food – such as hydroponics, a method of farming on water.

Companies like Al Ghalia Farms, in Bahrain, are early adopters of Hydroponic farming methods to address the demand of the growing population of Bahrain. They see Hydroponics as a crucial step in becoming agriculture independent and lowering the dependency on other countries. 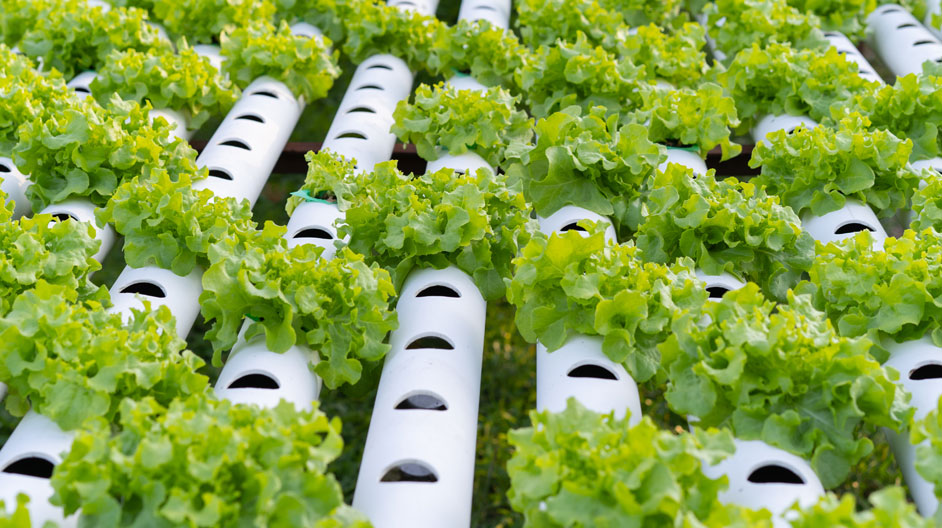 Al Ghalia is the only company that has adopted the modern method of hydroponics, paving the way for other companies to follow suit in this agricultural revolution in GCC countries.

Halal is big, so is Dry fruits

GCC is a union of Islamic countries and there is hardly a stronger influence on people than religion. Halal is huge in this region, almost USD 2.3bn of global consumption, and has reeled in big profits in the name of quality assurance. Muslims in GCC nations want quality products that align with Islamic principles. Sprawling over 259 million hectares of land having arid climates with little or no rain – perfect to cultivate date palms. There is an abundance of date palms in GCC countries and it is one of the few food products that are exported from GCC countries. The increase in healthy eating and rising fitness awareness has also contributed greatly to the rise of dates production. In 2019, Asia has been the largest marketing for GCC countries to export dates; the statistics have been the same ever since. Moreover, the rising awareness of healthy eating is also expected to push the demand for date palms. With a steady CAGR of 7%, Asian markets have been growing steadily all the way till 2030.

Does the future look promising?

According to the CEO of the Islamic Development Bank (IsDB) in Saudi Arabia, Ayman Sejiny, “About a third of the 850 million food-insecure people globally are in IsDB member countries.” About 1000 agriculture projects have been funded, yet $1.4 trillion is yet to be invested to support food security. Countries like Tunisia, Pakistan and Morocco, the members of IsDB have huge potential to feed not only the GCC but the world. According to Sejiny, “ these nations account for 29 per cent of the world’s total agricultural areas and up to 15 percent of the world’s food production including cereals, horticulture, livestock, fishery and forestry resources.” Hence, the focus of the IsDB is to boost self-sufficiency and improve the livelihoods of more than two million farmers and families by enhancing crop yield to five tons per hectare.

He also mentioned that increased adoption of technology in agriculture for food security requires strong public-private engagement and support.

In a nutshell, the Gulf food and agricultural industry is struggling due to low domestic production. Importing more than 80% of food from other countries, the industry is poised to adopt modern farming technologies, digitizing their supply chains and upscaling production to meet the ever-rising demands of a growing population. More and more efforts are being established for efficient supply chains to ensure food security.

An emeritus professor of Biology at Penn State University, Dr. Nina Fedoroff suggests that smarter agriculture technologies are inevitable and genetically modified crops are the need of the hour and the future for sustainable food chains. These have been adopted by around 18 million farmers in 26 countries already and GCC certainly does not seem to be lagging.