Eating with the cycles of nature – seasonal food 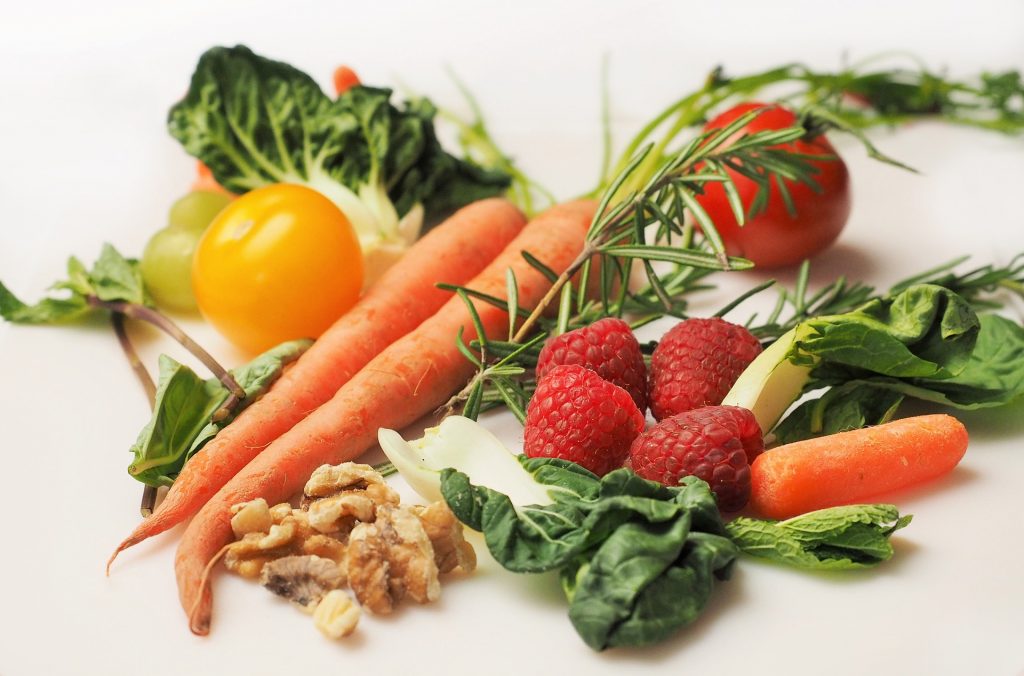 Nature provides diversity in the food it produces through seasons – and that’s better embraced than combated. Eating with the cycles of nature is not just better for health, but also promotes balance with the earth’s resources and its life forms. When we choose seasonal foods, even if we haven’t grown them ourselves, we reconnect with nature’s natural rhythms. According to scientists, researchers and natural health experts, eating seasonally is important also because there is much evidence in research that nutrient content changes in foods depending on which seasons they were produced in.

There used to be a time when people only ate seasonally – and this way of farming was central to survival. This idea is discussed in a book by Michael Pollan called The Omnivore’s Dilemma several years ago – before global transportation was as speedy and usual as it is today. In those days, eating seasonally and locally was just what everyone did and it was accepted as part of enjoying that season. And yet, Michael Pollan advises not going overboard with it – for example, if you like apples and they’re available year-round, go ahead and enjoy them. There is no need to turn your food movement into a “banner to march under”.

Juxtapose the advantage of eating seasonally with the disadvantages of not doing so. While it is true that modern agriculture and food processing techniques have made most foods available through the year, but it isn’t reason enough to eat it. Also, in order to preserve foods that are out of season, the produce is usually kept covered in pesticides, waxes, and preservatives in order to maintain their fresh appearance. It’s well known that pesticides and preservatives are detrimental to our health. Also, the longer the produce stays on the shelf, the more it loses nutrients and anti-oxidants. This aspect is corroborated by research from the University of California, which has revealed that spinach, for example, and other green beans lose two-thirds of their vitamin C within a week of harvest. Moreover, out-of-season food has to be shipped from around the world to reach us, usually have to be picked before the peak of their flavour in order to survive the long trip (or be allowed to mature while they travel) to the local store. This makes them much more expensive, just because of the cost of the sheer number of people involved in reaching it to us.

Conversely, choosing organic and seasonal foods ensures that the food was grown closer to you so it doesn’t spoil during transport and is harvested at the peak of freshness to retain maximum nutrient content. They get sold during season before it wilts or undergoes unnatural preservation. Seasonal fruits and vegetables retain more nutrients than their counterparts, making them a better choice for health. The other advantages and benefits are that it supports local farmers who farm sustainably; it preserves the environment and gives us greater variety in our diets. We may happily end up getting exposed to dishes and ingredients not explored before. Seasonal foods are also cheaper to produce and buy, and is at its tastiest. When you buy seasonally as well as locally, you’ll get the freshest produce. While all of this may seem like common sense, it often ends up as one of those things many of us ignore when we’re shopping! A general way in which to tell what’s in season is to scan the produce at the store. And usually, there’ll be an abundance of what’s in season; while other fruits and veggies that are off-season would be exorbitantly expensive.

Let’s take a look at some fruits and vegetables, and how they should look and feel when they are in season in order that they are selected right. In the temperate zone, apples come into season mid to late summer and are harvested into autumn in most apple-growing regions. But in the Himalayan region, apples are harvested in plenty during the winter months. Basil grows alongside tomatoes very well (both in the garden and in the dish). Search for unblemished, leafy branches of basil without flowers or buds. Bell peppers should have smooth, shiny skins and feel heavy for their size. Beets and radishes are often sold with their green stalks still attached when they are freshly harvested – that gives two for one. The green stems and leaves can be cooked too. Carrots are harvested year-round in temperate areas. Unusual varieties are harvested during the carrot’s natural season, which is late summer and fall in temperate zones. Corn is best as soon as it’s picked off the stalk, so it is a food to look for from local growers. It should have tightly-closed, fresh-looking husks, and fresh-cut stem ends. Eggplant (brinjal) should have shiny, tight, smooth skin and feel heavy for its size. Garlic is another produce item we forget has a season – fresh garlic is at its plump, sweetest best in late summer and fall. Limes are the only citrus fruits that are best in summer. The best-quality ones are small, heavy-for-their-size fruits. Pears start being harvested in summer in many climates. Spinach has a season too. It varies with climate – it grows year round in temperate areas, summer and fall in cooler areas; and from fall through spring in warmer regions.

Watermelons should feel heavy for their size. They are somewhat different from other melons – they don’t emit a smell even when they’re ripe and ready to eat. Cauliflower may be grown, harvested and sold year-round, but by nature it is a cool weather crop and at its best in fall and winter into early spring. Of course, specific crops and harvest dates is always determined by the region’s climate.