Grapes and Wine – Trends of production and Social role 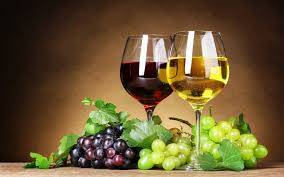 Wine has evolved as part of life, culture and diet since time immemorial. It is one of the most enduring symbols of fine life, yet the role of wine itself has changed over time. From an important source of nutrition, it became a cultural complement to food and conviviality compatible with a healthy lifestyle.

The earliest production of wines dates back to 6000-5000 BC. While the ancient Greeks were responsible for bringing in the improved technology of their times, it wasn’t until the end of the Roman Empire that cultivation techniques, as we know them today, became prevalent throughout Europe. Every type of wine has a USP – it’s characterized by a term called ‘terroir’, a French term that roughly means ‘a sense of place’. This ‘sense of place’ gets imparted into the vine (and then to the wine), through its climate, soil conditions and other natural features. These features define a vineyard, the plantation of grape-bearing vines, grown mainly for wine-making. The philosophy of terroir is French too, the flavor and character of the place defining the individuality and the special attributes of wines, combined with hundreds of years of the finest wine-making traditions. Terroir gives wine their distinctive taste and signature.

On the sides, vineyards also produce raisins, table grapes and non-alcoholic grape juice. This science, practice, and the study of vineyard production is known as viticulture. And in the quest for vineyard efficiency, viticulture is going through a whole lot of changes, bringing in a bewildering range of systems and techniques. Modern techniques in viticulture has largely to do with “training” of the vine along a trellis, referred to as ‘canopy management’ and pruning and thinning methods which aim to optimize leaf area/fruit (L/A) relative to the vineyard’s microclimate. This approach has mostly replaced general, traditional concepts like ‘yield per unit area’, in favour of ‘maximising yield of desired quality’. Even in the so-called (progressive) ‘old-world’ vineyards, many such modern techniques are being adopted. Other recent practices include spraying water on vines to protect them from sub-zero temperatures, new grafting techniques, soil slotting, and mechanical harvesting. Such techniques have made possible the development of wine industries in ‘new world’ countries such as Canada, Chile, and even China. The use of irrigation too in recent years has expanded vineyards into areas which were previously un-plantable.

Today there is increasing interest in developing organic, ecologically sensitive and sustainable vineyards. Bio-dynamics (a holistic, ecological approach to farming) is becoming increasingly popular in viticulture. Numbers of ‘new world’ vineyard plantings are increasing almost at the same rate as European vineyards are being uprooted. Between 1990 and 2003, U.S. vineyards increased from 1180 to 3860 sq km, while the number of Australian vineyards more than doubled from 950 to 1440 sq km. The size per vineyard is significant too. Europe’s 1.6 million vineyards are an average of 0.2 sq km, while the average Australian vineyard is 0.5 sq km, providing considerable economies of scale. Wine exports to Europe, the traditional hot-bed of viticulture, from ‘new world’ growers increased by 54% in the 6 years up to 2006. According to International Organisation of Wine and Vine, in April 2015, China overtook France in terms of land devoted to vineyards, in second place behind Spain, the world’s largest producer.

While macro climate is the overall climate found in a large region, microclimate is what defines why one area is better suited compared to another. The ideal climate for growing grapes is generally one in which winters are fairly mild. Long, deep and frigid winters as experienced in some parts of northern U.S. is generally unsuited for growing grapes. Similarly, moist and humid conditions aren’t very conducive to grape cultivation either. Many vineyards are planted along the sloping hills of valleys or slopes leading down towards water bodies such as lakes. The slopes offer proper drainage for grapevine roots, which is very important for their proper growth and development. Other factors such as good circulation to prevent fungi and mildew, and adequate rainfall during the growing season, is also important.

Given its importance to growth and productive balance in grapevines, understanding fruit quality and water relationships in any wine regions is very important. Factors such as ambient atmospheric moisture or humidity, local rainfall frequency and timing, soil-water holding capacity, and evapo-transpiration rates are also vital.

Even as wine is an apt symbol of conviviality, the wine industry also recognizes the health dangers and the negative social and economic consequences that can be caused by the misuse of alcoholic beverages. It reiterates that responsible consumption patterns of wine can be compatible with healthy lifestyles and that today’s culture of wine must include a common stakeholder commitment to ensuring that responsible and moderate drinking remains the social norm.

In terms of production, the total wine production worldwide has fallen since 1980. FAO data shows that wine production has fallen 31% between 1980 and 2010. Italy has cut its production by half, while French production is down 35%. The ‘new world’ wine prices are often much lower than the traditionally highly rated French varieties like Bordeaux / Burgundies – and in many countries, fewer consumers are willing to pay higher prices for the sake of a brand name.

In the last 15 years, international trade in wine grew by 75% in volume and doubled in value, but not at an even pace. The five years alone show a reduced growth rate (in production and consumption) and a varied performance of suppliers. At macro-level, there is a dearth of research on understanding of consumer preferences as well as new paradigms concerning market strategies. At the micro-level, the key question concerns the forecast for international wine trade over the next 5-6 years, and the related consequences on the industry structure. Such a forecast is indeed risky and would throw uncertain results, particularly in a context marked by discontinuities and unpredictability of growth and consumption patterns.