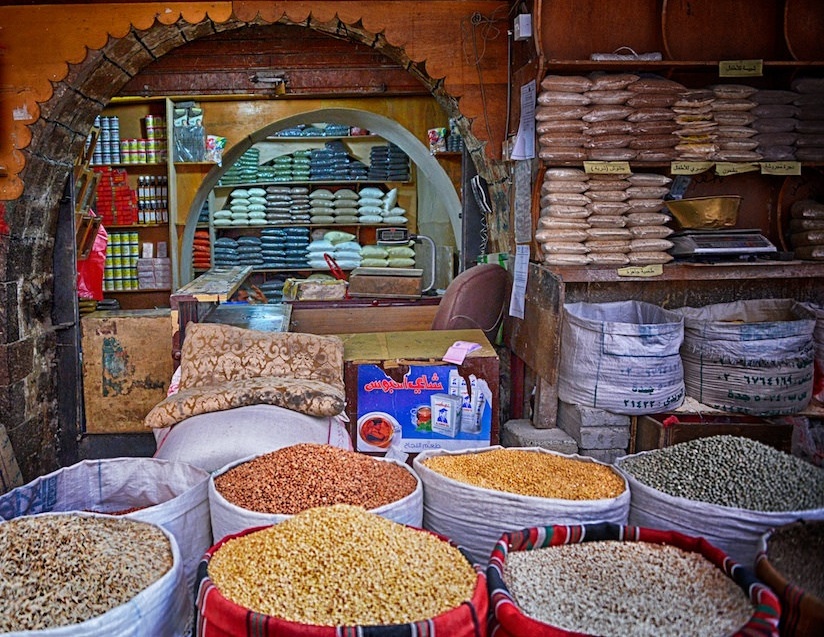 Chef Simon Byrant, former executive chef at Hilton Adelaide, has created a recipe of red onion pasta with garlic, spinach and kabuli chickpeas. Note the Kabuli chickpeas, most likely the chef’s own addition – a source of plant-based protein, an ingredient almost always available in our kitchens: so full of nutrition, and quite often under-noticed. The great thing about pulses is that it’s not just good on our plates, but easy on our farms too.

First, consider the nutritional aspects of pulses: It is a valuable source of plant-based protein and amino acids and should be eaten as part of a healthy diet. Pulses are included in all ‘food baskets’ and dietary guidelines. The World Food Programme for instance includes 60 grams of pulses in its typical food basket, alongside cereals, oils and sugar and salt.

Pulses can also prevent and eliminate risk factors such as up to 80% heart disease, stroke and type – 2 diabetes and over a third of cancers, say WHO estimates. Pulses can lower blood cholesterol and attenuate blood glucose, which is a key factor against diabetes and cardiovascular disease. Adding pulses and lentils into our diet not only helps to reduce obesity, but also helps prevent and manage chronic diseases such as diabetes, coronary conditions and cancer. They are low in fats and have adequate levels of minerals and vitamin B. Additionally, iron absorption and protein quality of pulses are enhanced when eaten with cereals and vitamin-rich foods. When we consume pulses, we are also promoting better eating habits.

In many countries, pulses are much more affordable than milk-based protein. So increasing consumption of pulses is one way to alleviate widespread malnutrition that occurs among populations. They are also an important source of plant-based protein for animals. Some 25% of the pulse total use goes to feeding animals, namely pigs and poultry. Combining animal feed with improved varieties of pulses has shown to enhavce animal nutrition too, yielding better livestock, ultimately supporting food security.

Since pulses have a long shelf life, the proportion of food waste at the consumption stage is very low, and this way it helps in ensuring food security at the household level, especially since it retains its nutritional value over long periods of time. Centuries of evolution in farming practices have taught farmers to store pulse seeds with low water content, in dry places and discard those seeds that have been attacked by insects or have spoiled. Additionally, pulses have the capacity to germinate after being stored for a long period, so farmers can even plant them in the next season!

Pulses are resilient – they can withstand a mean drought; and there are varieties that can be grown in arid climates that have limited rainfall of even just 300 – 450 mm a year. Additionally, drought-resistant and deep-rooting species such as pigeon peas add to food security and nutrition of farmers in difficult environments, and it also supplies ground water to crops with which it is inter-planted. Adapting these practices help people living in such dry zones to intensify their production systems and provide for themselves a sustainable supply of food. An experiment has shown that whenever moong beans were intercropped with wheat, the farmers were able to increase their incomes.

In addition, pulses are leguminous plants; which means they have nitrogen-fixing properties. When a crop is able to fix nitrogen in the soil, it reduces dependence on synthetic fertilizers. ‘Such nitrogen fixing reduces pressure on farmers to use synthetic fertilizers, and farmers can also value-add by further processing pulses’, says William Murray, FAO Deputy Director of Plant Production and Protection Division.

Statistics show that in developing countries, the intake of pulses as part of everyday diet is much more than in developed countries, (where people can afford animal-protein based foods). So, for millions of people, pulse-based protein is the only source of protein within their reach. But the challenge here is to improve yields, and statistics again show that yields are much higher in the developed countries. For example, the average global yield for pulses in 2010 was estimated at 819 Kg/ha. India’s yields were even lower, at 600 Kg/ha while Canada and the US had yields more than three times that of India, at around 1800Kg/ha. This would require appropriate policies and programs to be put in place to support both production and marketing of pulses; as well as increase the availability of drought-resistant pulses.

2016 – The International Year of Pulses

Encouraging awareness of the nutritional value of pulses can help consumers adopt healthier diets – and for this reason, the UN General Assembly declared 2016 the International Year of Pulses (IYP). Ms. Marcella Villarreal, FAO Director of office for partnerships, advocacy and CB says that this was done because “despite its fantastic contribution to diet”, especially among the poorer population, production of pulses is decreasing in some countries.

The FAO has been nominated to facilitate its implementation in collaboration with Governments, relevant organizations, non-governmental organizations and other relevant stakeholders. FAO has been chosen because of its role in food and agriculture, given that pulses must be cultivated and produced all the more by smallholder farmers, which is a priority group for FAO. Another reason is that FAO is also a knowledge agency on nutrition. The year will create a unique opportunity to connect various parts of the food chain that would better utilize pulse-based proteins, enhance global production of pulses, better utilize crop rotations and address the challenges in the trade of pulses.

The specific objectives of the IYP 2016 are to

research, better utilize crop rotations and address the challenges in the trade of pulses.

Summing up, it’s not without reason that pulses have been are the key ingredient in many signature regional and national dishes across the world – from falafel and dal to chilli and baked beans. With the addition of some more innovative recipes like the one from Chef Byrant, pulses could become part of a sought-after modern, hybrid cuisine.