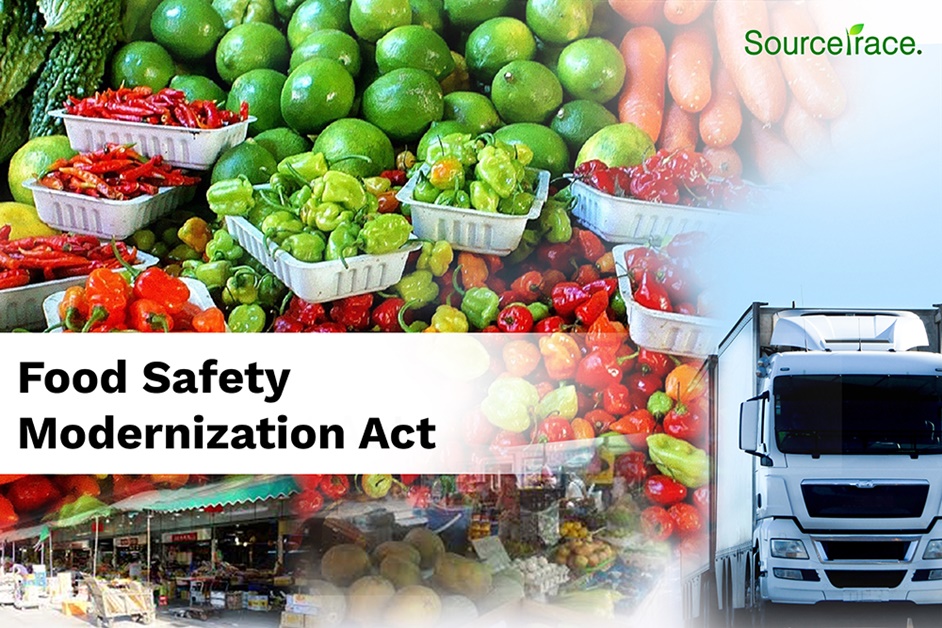 For the last 70 years, the U.S. had not revised its food safety regulations.  But then, with the dramatic changes in the global food system, and the understanding of food-borne illnesses and its consequences, a new way of working with food safety was needed.  And in this new way, the focus needed to shift from response to prevention.  It is with this approach that the Food and Drug Administration (FDA) of the United States drafted the Food Safety Management Bill.  In the entire process of drafting the FSMA Bill, FDA listened to the voices from various quarters – from sustainable agriculture advocates and farmers to local food producers and consumers.  The Bill was finally signed into law by President Obama on January 4, 2011, thus creating the Food Safety Modernization Act (FSMA).

This act has enabled the FSMA to focus its resources on preventing food safety problems instead of reacting to problems after they occur.

It has given the FDA new powers to regulate the way foods are grown, harvested and processed.  However, building a new food safety system based on prevention is a huge process in itself and requires several new interventions.  To achieve this, the FSMA provides FDA with new enforcement authorities so that higher rates of compliance and prevention can be achieved. It also helps to respond to problems better when they occur.  Imported foods also come under the purview of this Act, wherein these imported foods will have to pass the same standards as domestic foods.  The Act directs FDA to build an integrated national food safety system in partnership with state and local authorities.  There are several stages to executing the FSMA.  Here’s a brief look at some of these:

FSMA takes into consideration that preventive control standards improve food safety only to the extent that producers and processors comply with them.  Therefore FDA’s task is to ensure compliance with requirements and respond effectively when problems emerge.  Some of these new tools for inspection and compliance include a certain mandated inspection frequency, access to records and testing of the food by accredited laboratories.

Similarly, for imports, there is a new set of authorizations required.  For example, importers are responsible to ensure that their foreign suppliers have adequate preventive controls in place.  Also, qualified third parties can certify that foreign food facilities comply with U.S. food safety standards.  FDA has the authority to demand that high-risk imported foods be accompanied by credible third-party certification.  FDA can also deny entry into the U.S., food from a foreign facility if the FDA has denied access.

Partnerships in the making

FSMA is building a formal system of collaboration with other domestic and foreign agencies.  The collaboration includes capacity building of local and state agencies to enhance their food safety and defense capacities.  There is also a capacity building of foreign governments and their industries.  They can also enter into inter-agency agreements to use resources with respect to inspection of seafood facilities, which includes domestic and foreign seafood imports.

What FSMA means for producers

Food producers who already have strong procedures and controls in place should not find the new requirements too difficult to work with.  However, producers who are not currently operating to high standards may need to step up quality assurance.  Overall, it is likely that the number of product recalls will increase, which will in turn push companies to improve their risk management processes.

Ultimately, FSMA is a huge step forward because of food safety matters.  The responsibility of keeping food safe is to be shared by everyone from farm to fork.  Implementing FSMA in the right way can enhance food safety.  But if done in the wrong way, they run the risk of putting farmers out of business, limit consumer choice and increase the use of chemicals rather than natural fertilizers, among other problems.  Ultimately, the purpose of FSMA is to ensure safe food supply, strong on-farm conservation of natural resources, and thriving family farms and food businesses.  With regulations and requirements that are tailored to different types and sizes of operation, these objectives can certainly be achieved.