The road back to the country side: First generation farmers 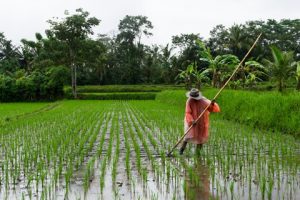 The movement out of agriculture

Stories of entire communities migrating from the villages to the cities, of people giving up agriculture and moving into other employment, is rife in the news.  In the mainstream movement outward from agriculture, the young people who have given up their family’s agricultural enterprise often get branded as “not interested” and “don’t want to work”.  But that may not be so true.   On the other hand, the anxiety of the new comers who want to fill that space stems from the lack of practical knowledge, and the prospect of long hours, low pay, weather variances and price risk.  India too has been in the limelight for its deepening agricultural crisis.  A survey of 5000 farm households across 18 states revealed that 76 per cent farmers would prefer to do some other work than farming, citing unseasonal rains, droughts, floods and pest attack.

What makes people want to farm for the very first time?

But there’s another silent revolution going on – of people from the academia and professional streams, even the military, quitting life in cities and moving back to the country side, taking up farming.

A book called the ‘Modern Farmer’ deals with this theme, in which city folks articulated a vision that

“making a living from the earth salves the psychic wounds of a day job, and acts as an antidote to urban malaise”

There’s proof enough of this in statistics, which show that while the number of farmers in the United States has drastically fallen, a quarter of those who remain are “beginning farmers” with less than 10 years experience.  These are the ones who made a shift from their day jobs in the city- and they have picked up so well that today they control 16 per cent of farmland and 25 per cent of all organic sales.

Even for first generation farmers, the competition can be tough.  While these farmers are younger on an average, the difficulty lies in the expense it takes to start from scratch – and the prospect of finding open, arable land.  In Wisconsin, for example, small- scale farmers have saturated the farmland, resulting in a five-year waitlist for obtaining a booth to sell produce.  But to counter that, one thing that has stood in favour of such people is that they did have some amount of savings; and this financial back-up gives them the support to try out the same farming with a different mind.  It also meant drastically altering their daily schedules, beginning their day earlier than usual.  One couple who started such a farm says that there’s always something to do on their 41 acre farm.  While in the first year they didn’t know how to prioritize chores, they are now much better at it.

“What I don’t think people appreciate about farming is that it’s very cerebral”, says Chris Holman, who runs this farm.

“People had a difficult time understanding why he would want to quit academia to take up farming.”

Consumer awareness and the ‘nobility’ of the farming profession

The new concept of farm-to-table restaurants and farmers’ markets has pushed at least a certain class of consumers to become more aware of where their food comes from.  Some of these are the people who’ve turned into farmers themselves, who are now selling the produce to local restaurants and farmer’s markets, where customers eventually turn into friends.  Many Americans are more conscious than before about eating locally, and this has helped change the perception of farming into ‘noble profession’.  Even in the U.S., farmers were used to being perceived as simpletons, who don’t know too much, just throwing seed in the ground.  But farmers like Holman say that there’s so much to be thinking about on the farm at all times; and it takes a good deal of mental endurance.

How to go about it

Some of these early farmers face a barrier because they want to make it a success right away.  The advice to this group is to find a niche and start small, capture more margin and grow the operation.  These are the logical steps to get to a bigger place.  Also, there are both online and classroom programs for people with no prior experience to start farming.  Some simple questions that a potential farmer should ask himself is

“what unique value can I offer a farmer to get him to hire and teach me about farming?”.

Imagination, at least, need not be a limitation

Take the case of Purvi Vyas, a young woman – first generation farmer.  Purvi says that her whole idea of farming was not to sell farm produce, but to check if she could live independently, producing her own food.  Secondly, she wanted to promote living life in simple ways, eating natural food.  Ms. Vyas had quit her work as environment consultant and returned to her home state in Gujarat.  In her 5 acres, she grows mixed crops – fruits, cereal and animal fodder.  She also reared buffaloes and goats.  She has got the local grocer to be paid in units of milk from her farm instead of money.  This in fact, triggered re-entry of the barter system which was in operation before money was invented.

Farmers like Purvi Vyas are also helping other farmers wean off chemical-based farming.  To help them make that leap, she created a network of farmers and direct buyers that is monitored by the organization ‘Cohesion Foundation Trust’.  Farmers are asked to convert to organic farming slowly starting with one patch of their farm.  They are promised the same amount of money as they do from chemical farming.  Buyers know that the produce is 100% organic and are willing to pay a little higher for this.  Although a slow process, about 25 villages in Navsari region in Gujarat are part of this change.  Over a period of time, the soil has regained its fertility and is home to many insects.

Ms. Vyas says that being a first generation farmer is a great learning experience.  Though educated in environmental science, she’s been re-educating herself on the basics of life in a rural environment…also, she wants to connect urban youth with rural communities, which will usher in speedy and enduring change.