Seeds: The Treasury of Agriculture

At the base of the entire agrarian system is the seed.  Without a way to preserve and propagate the seed, what would be left of agriculture? As we know, in the way primitive agriculture was practiced, after the harvest, farmers used to retain a part of the seeds to be planted in the next season.  But cut to the present time – the business of propagation of seeds has become an industry in itself, taken up by the advent of seed companies.  In fact, the seed production activity is not small business – it’s a multi-million dollar industry.

So what exactly does a seed company do?

Even though farmers can retain part of their crop to be used as seeds, the seed companies have an edge.  This is because the farmer may not always be able to focus on preserving seeds for the next season, caught up as he is in myriad other farming activities.  So seed companies fill this gap by taking up the business of producing seeds and selling them to the farmer.  Seed companies are able to thrive because they have the capacity to do what an individual farmer cannot.

They do provide a value addition due to their capacity to produce a range of seeds – varying from highly developed F1 hybrids to open pollinated wild species.  Many of them have extensive research facilities to produce plants with better genetic materials that result in improved uniformity and ease of growing.  These qualities include disease resistance, higher yields, dwarf habit, and vibrant or new colors.

All of this has created an environment in which have emerged many small independent companies.    Some are large specialist growers, who supply seeds to both commercial resellers and wholesalers.  The resellers and wholesalers then sell to vegetable and fruit growers, and to companies who package seeds into packets and sell them on to the amateur gardener.  Other than this, there are also a large number of small growers who supply seeds to farmers.

Many of these companies are active in seed conservation and encouraging diversity.  They often offer organic and open-pollinated varieties of seeds as opposed to hybrids.  Many of these varieties are heirloom varieties.

Meanwhile, the old varieties will continue to maintain diversity in the horticultural gene pool.

What seeds do farmers buy from seed companies?

One reason why farmers purchase seeds every year is because it enables them to choose a different crop to plant, or in case they want to plant an improved variety of the same crop.  When they buy seeds, it is also because these seeds have been pre-treated with an insecticide or fungicide, which protects against pests and diseases.  At the end of the day, it is important that farmers get to choose a variety of seed that they need, and from a supplier they trust.  This is often not the case.

Seed companies have a role in nutrition security

Though not obvious, seed companies have a strong role to play in ensuring food security.  For example, in Asia, smallholder farmers provide up to 80 percent food supply, but they face a hurdle in adapting agriculture to new climate trends as well as raising production.  This is where seed companies have the capacity to produce seeds in local environments, which are tailor-made to suit specific geographies.

So seed companies can provide stress-tolerant and nutritious varieties that can ultimately increase nutrition security. The second way of increasing nutrition security is by creating pathways for farmers to access seeds that are already on the shelves of seed companies and research institutes. Often, they are unavailable or unaffordable to the farmers.

One initiative that has come in to resolve this is the new Access to Seeds index, which is initiated by the Amsterdam-based Access to Seeds Foundation.  The Foundation evaluated the efforts of 24 leading seed companies in South and Southeast Asia to support the growth in the productivity of smallholder farmers – one of the targets of the U.N. Sustainable Development Goals.

The standout companies tailor their models to the needs of farmers by offering custom seed package sizes, training, and other learning opportunities attached to new seed varieties. As a case, the Thailand-based East West Seeds was set up with a specific mission to support smallholder productivity.

says Ido Verhagen, Executive Director, Access to Seeds Foundation.  The third kind of effort required is to provide smallholder farmers with hands-on training to help utilize new seed varieties. Even India, which can boast of the highest number of technical staff, reaches out to no more than 20 percent of all active smallholder farmers.

How does the certification of seeds help?

Through certification, high-quality seeds and propagating materials of notified kind and varieties can be made available to the public.   Along with certification, new genetics get introduced, while it provides a sort of substance behind your word, a better deal on crop insurance, as well as access to premium markets.  Food safety and traceability are important considerations in agriculture. 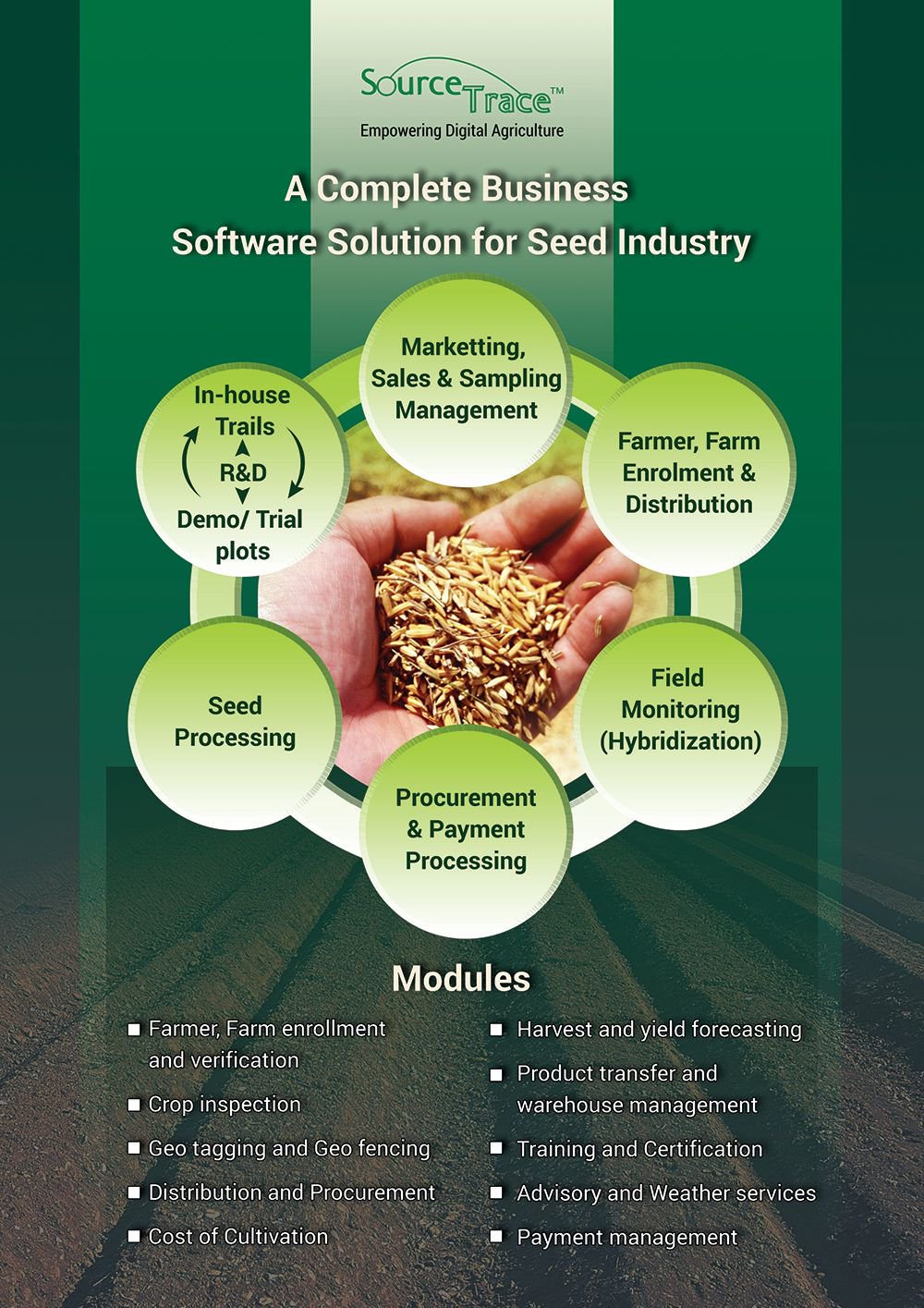 It is possible to be sure of one’s products only when one is sure of its origins – and the certified seed holds the key to that knowledge.  The use of certified seeds helps the farmers to capitalize on the whole history of traceability measures.

Movements to preserve the biodiversity of seeds

One person who fought to preserve the biodiversity of seeds and retain their sovereignty in the hands of farmers is a world-renowned scientist and environmentalist Dr. Vandana Shiva.  She said,

Among other things, Navdanya coordinates a biodiversity conservation programme to support local farmers, rescue and conserve crops and plants that are being pushed to extinction as well as making them available through direct marketing.  The message is: grow it where you live.  Eminent agricultural scientist M.S. Swaminathan suggests the setting up of more public sector seed companies, as thousands of varieties of hybrid seeds are lying unused and underutilized in universities and research institutions.