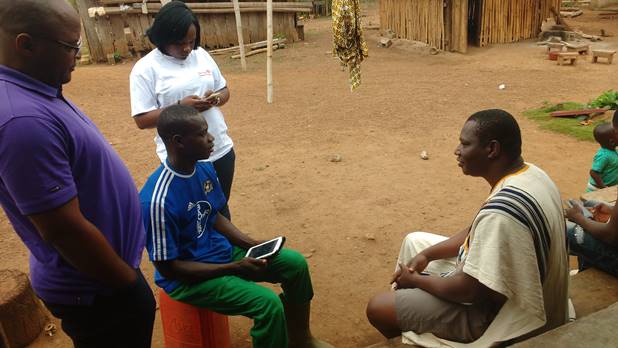 The sheer number of smallholder farmers engaged as food producers in the world is quite staggering, amounting to one and a half billion. Owning farms of a size of two acres or less, they comprise about three-fourth of the world’s poorest people, whose food, income and livelihood prospects depend entirely on agriculture. While these smallholder farmers are the primary food producers of the world, they still face huge challenges in the process of attaining commercial success. Given that the agricultural sector too goes through its ups and downs, it is those who can consistently link production with sales who eventually enjoy better prospects. This minority group has been able to take advantage of the better infrastructure and communications, favourable procurement policies of the government, and even the larger number of consumers that is the result of population growth. But then, this is a minority group. The larger picture shows, (especially in Asia and Africa), that 50-70% smallholder farmers are not making the transition from subsistence to commercial farming – they continue to be locked in poverty-stricken conditions and meagre-sized land holdings.

A glimpse into the agricultural history of the world points to a different model of development and modernization in the agricultural sector. It reveals that in developed countries, agricultural modernization and industrial development occurred hand in hand. These had brought in market forces that provided incentives for reallocation of assets, such as land and labour. This created a lean and efficient system of fewer farmers with larger landholdings each. But this is not the case with many of the developing economies where urbanization and industrialization are just not creating enough off-farm jobs that might boost agricultural commercialization. There are also other barriers to a profit-making agricultural model – such as lack of proper local infrastructure, business services that are not robust enough, and lacunae in farmer skills.

This means that overcoming this commercialization barrier requires and upgrading process that includes investment in local infrastructure, strengthening of business services, and improving farmer skills. In many low-income countries, these investments have not been made, and with the reduction in govt. extension services over the past 30 years, most farmers remain unable to access vital technologies and services.

Finding ways to link smallholder farmers to markets is definitely a critical part of any long-term development strategy to reduce poverty and hunger. But research and development work experiences show that this alone is not enough to achieve large-scale poverty reduction and resilience in rural communities. Much effort has also gone into promoting mechanisms to assist the transition from a production-based system to a market based one. These include market analysis, contract farming, certification and strategies to strengthen local business development and support chain investment. Agro-based research has revealed that the effects of market-based approaches have been quite dramatic for those farmers who were linked to high value horticulture.

Research and case studies show that not every smallholder is suited to the same type of market; and that they don’t all require the same support services to reach a market. This represents a shift in how extension and advisory services must tailor the type of support they offer to the smallholder. Extension services will play an important role in helping all types of farmers realize their market aspirations. This transition from a production-push to a spectrum of agronomic and business development services is taking place as agencies try to provide services to a full range of smallholder farmer segments.

Another approach, which has been employed by multilateral agencies like Catholic Relief Services, is the agro-enterprise approach. This approach is all about shifting from a production-based food-security strategy to a market-oriented approach that emphasizes income generation and profit based on market demand and sale of agricultural products. The term ‘agro-enterprise’ refers to a business venture, typically small-scale. It may be an on-farm venture or a service that adds value to agricultural goods. An agro-enterprise generally involves groups of farmers and individual actors who provide services within the market chain, and builds relationships with the traders who buy the enterprise’s products.

The agro-enterprise approach does not replace the need to work with farmers on improving their agricultural productivity; indeed, the two goals are closely linked. But it does take market forces into account, it does help people grow products that are in demand, and it does help farmers to become more effective so they can reap rewards from their efforts.

Agro-enterprise approaches help farmers focus their skills, knowledge, and resources on producing more efficiently and effectively, thereby increasing their access to food and thus food security. In Uganda, where CRS introduced agro-enterprise methods in refugee camps, displaced persons were able to supplement their irregular food rations by growing cassava to sell at the local market. This approach encourages development agency staff to create market linkages instead of stepping into the market chain themselves. It also empowers farmers to understand their markets and analyse their opportunities. The process empowers the farmers, rather than treat them as passive recipients of new ideas and opportunities.

In many places, microfinance and agriculture teams assisted the self-help group to invest part of their dormant savings into their agro-enterprises so that funds would grow rather than be depleted. Such multi-pronged support serves rural communities better. Integration of such diverse sectors is beneficial for growth of agro-enterprises. They offer prospects for farmers to reinvest in their farms. In the past 20 years, millions of poor smallholders have neglected their farms because they have not earned enough. However, as farm incomes increase, so do the possibilities of re-investment. This can lead to better yields and incomes.

Marketing is a skill, which once learnt, can be applied in a variety of situations. By the time external funding dries up, farmers will have equipped themselves with the skills to meet the dynamics of markets they have already invested in. It will enable them to be more aware of the possibility of switching to other commodities, in accordance with market conditions.