Soil – The good earth at the base of all we grow 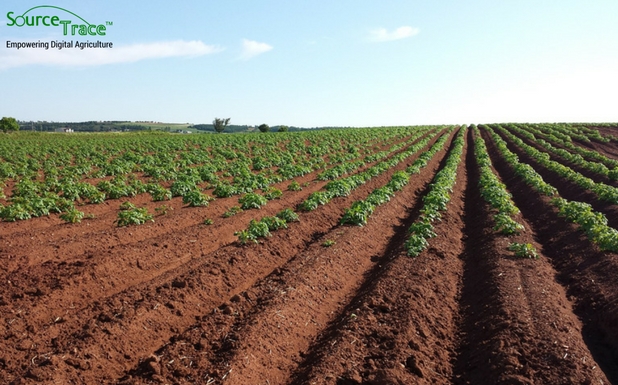 It’s not without reason that former American President, Franklin D Roosevelt, said, “A nation that destroys its soil destroys itself”. This is so true, because soil is a key element in agriculture – without it we would not be able to grow the crops that provide us with food. A soil in good condition renders a range of ‘ecosystem services’, such as recycling of nutrients, retaining or releasing water, a formation of new soil, providing itself as a habitat for biodiversity, and exchange of greenhouse gases with the atmosphere.

While soil is a mixture of minerals, air, water and organic matter such as roots, decaying plants, fungi, earthworms, bacteria and microorganisms, all soil types are a combination of three basic types of soil – sand, clay and silt. The combinations of these give us twelve different type of soils, each conducive to certain types of crops. And this is the primary reason why it’s so important for farmers to know the soil they are cultivating in. It not only helps them identify the crops that grow best, but also lines out what measures they should take to enhance it – of course, with the thorough knowledge of what components to add in order to enhance and balance it. And quite often, understanding the characteristics of soil demands its testing. The reality, however, is that although a high proportion of farmers are aware that soil testing should be used as a method to raise better crops and improve soil fertility levels, only a small percentage of them actually use soil tests. The good news is that their numbers are growing.

Ultimately, growing the right crops and enhancing it with appropriate manure is a sure step towards food security; and most importantly it helps the farmer to remain profitable. The recent global increase in severe weather events that has led to reduction in crop yield is another reason why greater attention should be paid to managing soils.

Impact of Industrial Agriculture on Soils

Unfortunately, a most valuable resource such as soil has been adversely impacted by industrial agricultural practices such as intensive tillage and mono-cropping. Tillage results in wide-scale soil erosion, because it destroys the protective ground cover from the soil system, destroying the root systems that hold soil together. Since soil formation is a very gradual process, erosion becomes a major concern; because erosion quickly causes farmland to become unsuitable for agriculture, and in extreme cases, it causes desertification, where in the soil becomes so barren that it cannot support plant growth. In the last 40 years, 30 per cent of the world’s arable land has become unproductive due to erosion!

The other industrial agricultural practice is mono-cropping, which demands the application of fertilizers, and in most cases it is applied in excess. This leads to depletion of naturally occurring nutrients, and contamination of soils and waterways. In this way it has drastically altered the nutrient management practices used on farms. We know that in the current time, industrial farms no longer raise animals and crops together; instead, livestock are raised on enormous concentrated animal feeding operations (CAFOs). Since these CAFOs are located at a distance, it becomes expensive to transport the animal manure to the farms. So these large scale industrial farms depend on synthetic, chemical fertilizers to support this intensive mono-crop system. In most cases, synthethic fertilizers are over-applied to crop land. It’s estimated that only about half the fertilizers are actually absorbed by plants, the remaining chemicals pollute the atmosphere, soils and waterways.

Erosion of soil can be significantly reduced through sustainable agricultural practices. The most effective way is to cover it with plants and/or decaying organic matter in order to protect it from rain and wind. While industrial farms lose tons of soil because of intensive tillage, sustainable farmers have successfully reduced erosion by adopting conservation tillage techniques. In addition to reducing erosion, conservation tillage enables soil to retain more moisture, reduces soil crusting, and allows organic materials such as leaves and plants to accumulate over time, helping restore nutrients to the soil.

Plants need not only water and sunlight, but also a variety of nutrients. In natural environments such as praries and forests, plants obtain most necessary nutrients from minerals found within the soil. When these plants die, they decompose and release nutrients back into the soil, making them available for new plants and thus ‘recycling’ nutrients with each generation of plants. But on the farms, the nutrient cycle is somewhat different. Since crops are continuously harvested or eaten by grazing livestock, there is no steady supply of decaying plant material to replenish nutrient levels within the soil. This is why it becomes necessary to add fertilizers to the soil.

A most practical solution to combat these problems lies in bringing back the concept of small-scale sustainable farms. These sustainable farms are those that are limited in size and in the output they are expected to produce, but its different components add value to one another, making it efficient and sustainable. By rearing just the right number of animals, it provides natural and adequate quantity of manure to the farm, and yet not in excess that it would pollute the soil. This is a reversal of the CAFO model that produces far too much manure than what can be safely absorbed. Thus a small-scale sustainable farm can avoid using harmful synthetic fertilizers. Natural fertilizers, made of organic materials such as manure and compost have been shown to cause much less pollution than synthetic fertilizers. Soil fertility and yields can be improved by integrating perennial plants with food crops. And so this would be a great way forward to preserve our soils – that lie at the base of all we grow, and eat.