ASEAN is one of the most productive agri baskets of the world, with many countries showing increased production over the years. Over the last two decades, the demand for fruits and vegetables, processed food, aquaculture, and halal is observing an exponential growth in countries around the world. Paddy cultivation increased by 1.79% between 2018/19. ASEAN’s ratio of self-sufficiency stood at 128.90%, indicating that aggretaly, there is sufficient supply for domestic demand, leaving behind a good export surplus. Thailand is the biggest rice exporter, followed by Vietnam, Myanmar, Cambodia and others. Thailand’s fertile lands and well-developed infrastructure propelled both small scale farmers and larger agri companies from Thailand into the forefront of global agribusiness, making it a leading exporter of rice, seafood, rubber, sugar and as a home base for some of the region’s largest food production companies. Vietnam too is witnessing an increase in exports, including for a GI-protected fish sauce to Europe. But prices and demand apart, Vietnam’s largest export countries are increasingly setting strict technical standards for imported products. In the Philippines, the share of agricultural export to total export went up by 0.3 percentage points in the first quarter of 2019, its top agri exports being coconut oil and fresh banana. A total of 90% global output of palm oil production is contributed by Indonesia and Malaysia which is utilized in manufacturing of various commodities including edible and non-edible items. The ASEAN countries also account for 17% of the total aquaculture production of the world. According to World Bank data, 35% of the Gross domestic product in the ASEAN countries is contributed by agribusinesses and roughly 70% of the population in these countries have been employed by this sector.

Disruptive digital technologies like farm to retail traceability hold vast potential and have emerged as an important link in the global food trade to expand Southeast Asia’s export potential and tackle concerns its production surplus and the standard of good agricultural practices. A few more export statistics of SE Asian countries are detailed here:

The export potential of the Southeast Asian countries is immense if it can be tapped in the right way.

As the global supply chain becomes more complex, traceability throughout the cross-border food supply chain has become the key component to address and synchronize processes and adopt standards resulting in cost-saving, transparency and the capacity to be able to export large quantities, thus impacting the GDP of the country. Traceability, in simplest terms, is a system to track a product from production to consumption, thus allowing transparency and food security. Traceability has also proved useful to reduce contamination, spoilage, disease, and minimizing wastes by identifying hazards before the products reach the market and to the end-user.

Currently, only 1% of agricultural GDP is spent on agricultural R&D in the ASEAN. Other significant food security and traceability standards, policies and procedures can be brought into effect to divert more funds in R&D and expand the current production and potential to help the economies prosper. 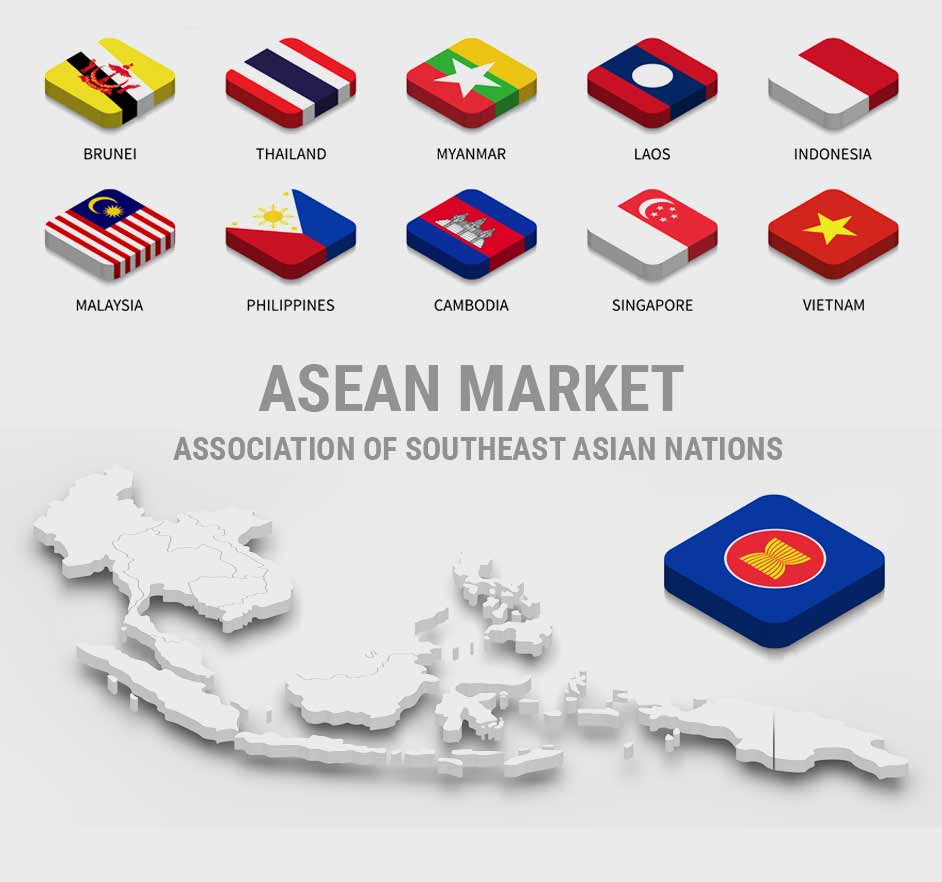 The resources in the region should be optimally utilized to ensure that the produce meets the domestic and global food security standards and enhances the lives of marginalized sectors of the population. Improving productivity across the agri-supply chain will also bring about a huge change, provided all individual states and ASEAN as a collective join hands to harmonize the agri and food sector and give a push to boost exports.

Traceability will also allow for the companies and stakeholders in the ASEAN to command better prices and long-term deals, thus furthering export. It is now widely accepted that more and more businesses are adopting traceability as part of their inherent structure. With new age technologies like blockchain, it is enabling the companies to capture and track data in real-time and identify and rectify corrections, reduce risk, and become more transparent and efficient.

Realizing the export potential Southeast Asia holds, the German Federal Ministry for Economic Cooperation and Development (BMZ) has been exploring projects in the region. They have invested heavily by supporting institutions and helping them monitor and comply with the International food security standards. A learning platform has also been established to make sure that the training remains with the authorities and can be referred back to in times of need. The project partners are integrating the power of public-private partnerships and are helping small and mid-sized units to obtain certificates and comply with ASOA and voluntary ASEAN GAP standards. This project was carried out from the year 2015 to 2018, primarily in Cambodia, Laos, Indonesia, Myanmar, and Philippines.

Such actions from all the countries combined can bring in transformational change for economies of Southeast Asia. As per a report, the economies of ASEAN are expected to contribute to securing the food supply chain, raising security standards, and earning the trust to feed a good proportion of the roughly 9 billion people on the planet by 2050.