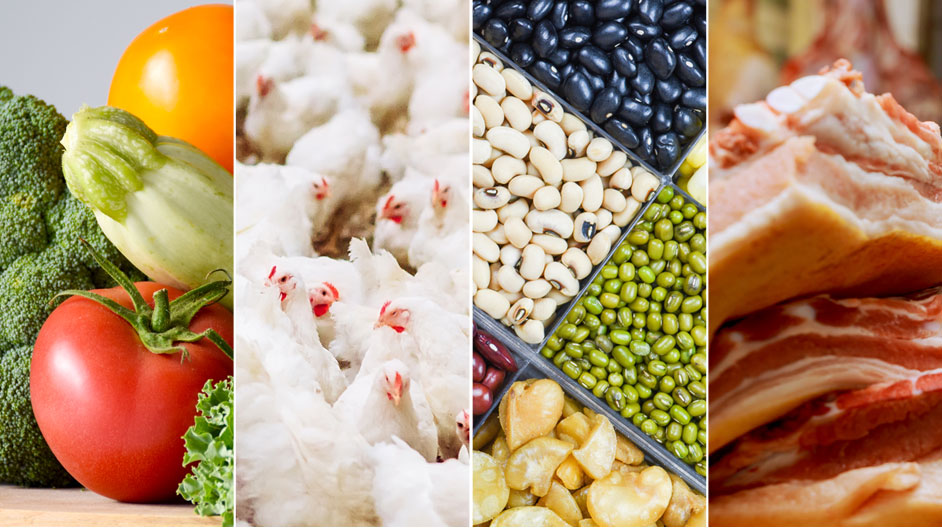 Why is tracking animal and vegetable protein important:the Context.

Tracing complex proteins from meat and poultry is an idea that perhaps has not yet been commercially viable. While tracking from farm to plate, could possibly generate steady increase in category revenues, shopper loyalty and produce safety, factors such as cost, and complexity keep many producers and processors at bay.

Derrell Peel, professor of agribusiness and extension livestock marketing specialist in the Department of Agricultural Economics at Oklahoma State University, shares ‘Even Though there is limited progress with traceability and a long way to go as an industry to embrace the idea and find a way to implement it. Yet it is an increasingly important issue that is not going to go away.’

Some progress has been made with technologies to trace animals from the farm to processing units, it becomes arduous to monitor the thousands of meat and poultry pieces(from a single carcass) as well as the probable selections in boxes (often from different animals). Several packers and processors are working with the North American Meat Institute (NAMI) to consider methods to resolve these issues, notwithstanding the possible use of DNA technologies. 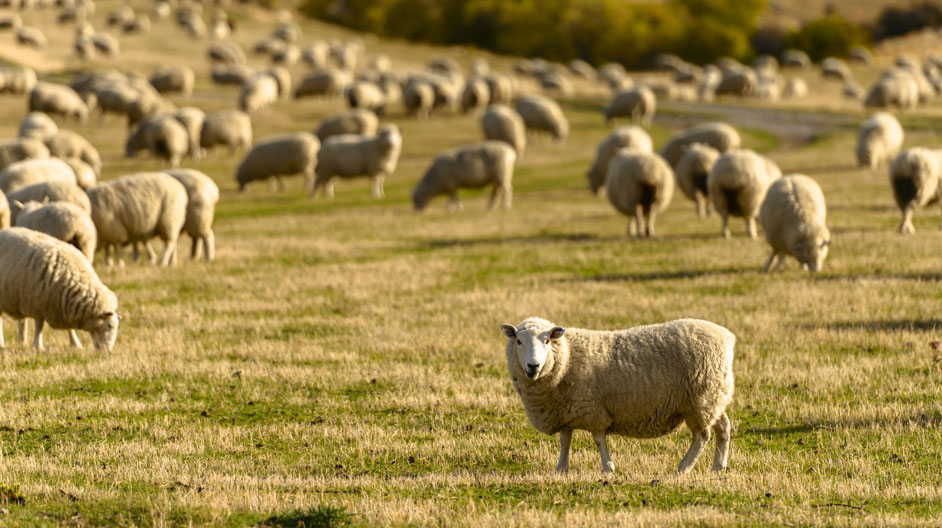 Additionally, Australian Meat Industry Council is determined to focus on Sheep and goat processors as a part of their pilot project to use electronic ID readers. Minister for Agriculture, Australia, David Littleproud said that this project will allow them to investigate how processors can maximise the benefits of electronic radio frequency identification devices on animals.

He further quoted “An important element of consumer trust is our ability to trace products through supply chains and we know trust is an increasingly valuable currency in these challenging times. Building more awareness about just how safe and healthy Aussie produce means more opportunities to export and more dollars for our farmers.”

Meanwhile, traceability of plant and animal sources of protein has been rapidly increasing in the Nutraceutical and Supplements category, with highlighted focus by major brands like Amway Nutrilite and more.

Another example is plant based protein Nutralys by Roquette, verifies crop quality before production and also frequently collects data on crop growth, on storage, and on its journey from silo to processing plant. Peas used in protein products are grown independently on farms in Europe and North America, where growers follow careful protocols to select, plant, harvest, and store peas, indeed an end-to-end traceable food chain.

Data collected is used in multiple ways: to ensure compliance with Roquette’s Pea Growing Protocol, Canada. Companies can cross verify fields with federal databases to ensure soybeans have not been grown in those same fields within the past two years, assuring no chances of cross-contamination. Data can also help farmers for drought and excessive rain criteria and suggest remedial measures.

Why the shift in consumption?

Previously, the niche-lifestyle choices that became international trends such as vegetarianism, veganism and plant-based eating were not only rare and for the privileged as meat-free, gluten-free products were hard to find and often unappetizing. However, fast forward a few years and the food landscape on the retail aisles just changed. Research and Food Nutritionists vastly improved the taste, texture, and variety of meat substitutes available. Today consumers can choose from plant based buffalo wings and steak style pie to quarter pounder burgers and more.

Replacing Animal to Plant based proteins:

Undoubtedly, hybrid-food produced from plant-animal based protein is ‘New Sustainable’ largely fuelled by concern for animal welfare, personal well-being and the health risks associated with eating meat (especially red meat). Enough news and reports have been published to highlight the drop in meat and dairy consumption versus increase in demand for brands that have a positive social and environmental impact. So consumers still command the same amount of protein from plant based alternatives than from animal-based sources. The question arises – How will food manufacturers ensure food safety in these delicate mixed consumption patterns on the rise? 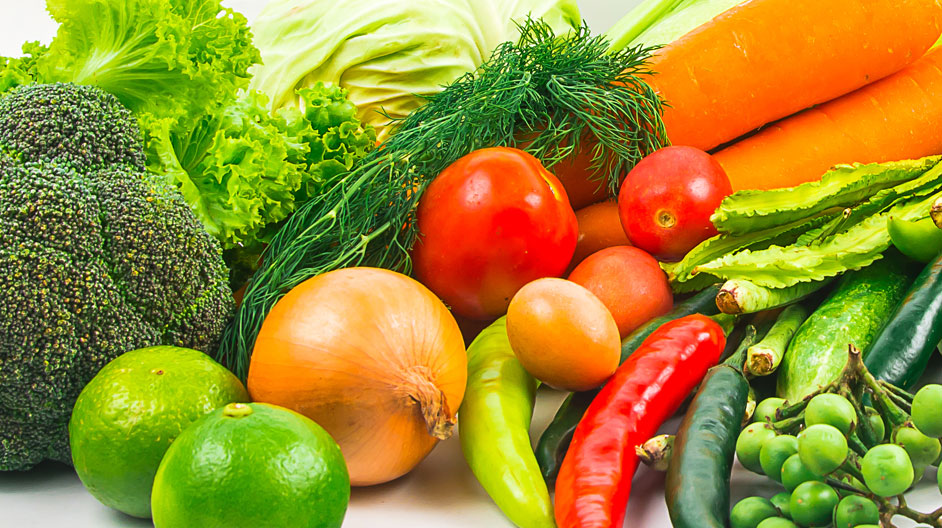 Food safety is the topmost priority for all food manufacturers, big or small, from countries across the world. In recent years, with the advent of technology, the end-consumer has become more aware and now demands to know the source of their food. With the increasing demand for protein, the food manufacturers and consumers are experimenting with ways to capture consumers’ interest. But the inherent risks for protein-based manufacturers have an additional layer of safety concerns, environmental factors, allergies, sustainability and other crucial factors into play. These factors resonate with all types of consumers.

Plant and meat-based hybrid protein sources are gaining momentum, especially in the US. As per a recent report by the New Nutrition Business, 2020, the consumers are demanding a greater variety of protein and animal sources in their diet. The demand for plant proteins as well as the Meat proteins have seen a rise of 20% in just one year, i.e. from 2018 to 2019. Termed as “flexitarian”, this quest is making businesses like the Sacramento based company Better Meat Co. produce plant-based proteins that can be blended with animal-based proteins to create hybrid products, such as, white-label “meat enhancers” for beef, chicken, crab, fish, pork. The products are not only allergen-free but also cost-competitive. Perdue and Tyson Foods, competitors of Better Meat Co have also launched their blended products and have gained much trust from its US consumers.

Startups like these are selling these plant-based blends to food manufacturers to boost their sustainability and nutrition credentials of animal-based products. Blended products such as burgers and nuggets mix meat with pea-derived protein will not only add flavours with added benefits to the flexitarian consumers but will also positively impact the environment and human health by reducing the carbon footprint.

According to the researchers, 10 billion pounds of burger meat is consumed in the US each year. If only 10% of it is replaced with a hydrated soy protein or mushroom proteins, it would result in reducing carbon emissions by 16 million metric tons, which is the same as taking three million and a half cars off the road in the entire US. Replacing meat partially with a textured plant protein increases the likeliness by adding more juicy content in the food, has been also reported in few studies. Blended protein-based foods offer a varied choice for the consumers, helps the processors packaged food companies tap into new markets while ensuring sustainability and food safety, helps the ingredient companies put their protein knowledge to test keeping in mind better health prospects and the farmers get a greater return on their produce, creating a win-win for all stakeholders. All of this will ensure a positive eating experience.

How technology can boost safe-food?

As custodians of sustainable agriculture, we must keep observing the blended-proteins industry, even though it may be in its early stage yet could turn formidable.